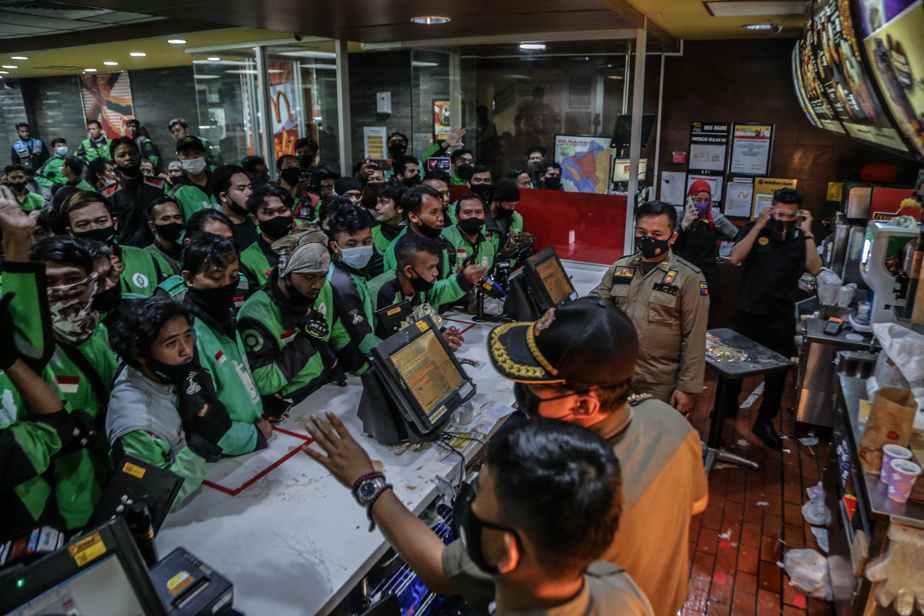 (Jakarta) At least thirteen McDonald’s restaurants in Indonesia have been temporarily closed to prevent the spread of COVID-19, with the new menu “BTS” being named after the Star K-Pop Group, which orders and delivery men.


In Jakarta and other Indonesian cities, closure notices have been posted in at least thirteen restaurants, with delivery people – chicken nuggets, fries and drinks – coming to collect the popular menu – citing official sources, according to local media since Wednesday.

“We have temporarily closed four McDonald’s stores in Semarang for two days,” said Fazer Purvoto, the city’s law enforcement officer. “We do not want Semarang to become a COVID-19 red zone again.”

Indonesia is one of the countries most severely affected by the COVID-19 pandemic.

Authorities in Jakarta have not made any announcements, but media reports say five outlets in the capital have been closed.

The K-Pop megastars topped the first 100% South Korean group topping the US hit list last August with “Dynamite”, which is entirely in English.

The “BTS” menu has been on sale in dozens of countries since May.