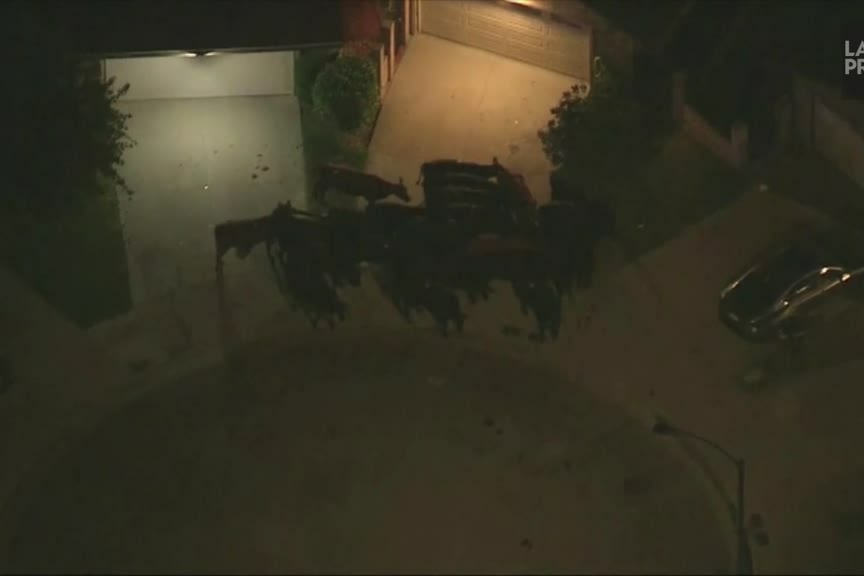 (Los Angeles) Forty cows escaped from a slaughterhouse Tuesday night in a long rodeo in the middle of a residential area in East Los Angeles.


Fleeing cattle roam the small streets of Pico Riviera, sometimes crossing fences in the meadows of houses or as shown in pictures aired by local televisions.

The men of the Los Angeles Sheriff, with the help of police officers sent to strengthen them, had to spend many hours re-assembling them, before moving them in cattle trucks, trying to stabilize them at the dead end.

In all, 38 of the 40 cows that escaped by taking advantage of the abandoned slaughter gate were found. One of them was not there yet Wednesday morning.

The last cow died: Undoubtedly, she charged a family of four, causing some to fall to the ground, and a police officer opened fire on her, killing her “to prevent further injuries to the family”, the sheriff said.