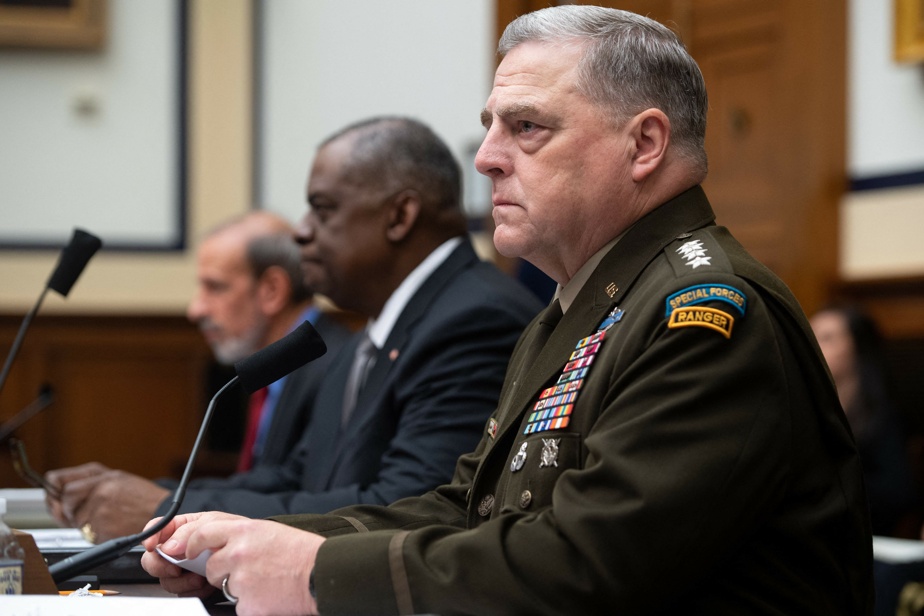 (Washington) During a rare passionate outing, U.S. Chief of Staff General Mark Mille on Wednesday expressed outrage over “insulting” remarks from Republican lawmakers, accusing the military of teaching his appointments a controversial doctrine of racism, and defending the need to understand history. United States.


At the heart of their lively exchange, it has been widely reported on social networks: “The critical theory of race”.

The term defines a line of thought in American law schools in the late 1970s to analyze racism as a system, rather than at the level of personal bias with its laws and logic of power.

In schools and institutions, it has recently become a catch-all phrase for Republican opponents, referring to all attempts to address the darkest episodes in American history, including slavery and separation.

Two Republican-elected delegates, including young Trumpist Matt Gates, have taken advantage of a parliamentary hearing to question Pentagon chief Lloyd Austin and his chief of staff on courses that inspire this doctrine in military academies.

It is a personal insult to accuse me of being “the US military, our senior officers, our officers and non-commissioned officers” I woke up “- especially the term used to describe the injustices of skin color, and was used carelessly by some conservatives -” because we are studying existing theories, “said General Mark Mille, who nodded angrily at Matt Gates.

I really think it is important for those of us who wear uniforms to be open minded and deeply educated,

“And the U.S. Military Academy is a university, and it is important that we train and understand. I want to understand the” anger of whites “even though I am white,” he said, referring to the January 6 attack on the Capitol by pro-Donald Trump protesters.

“I read Mao Tse-tung. I read Karl Mark. I read Lenin. And that doesn’t make me a communist. So misunderstood […] The country where we are here to defend, ”he said, wearing his uniform.

On his side, Lloyd Austin, the Pentagon’s first African-American chief, considered Republicans’ questions on the matter “wrong.”