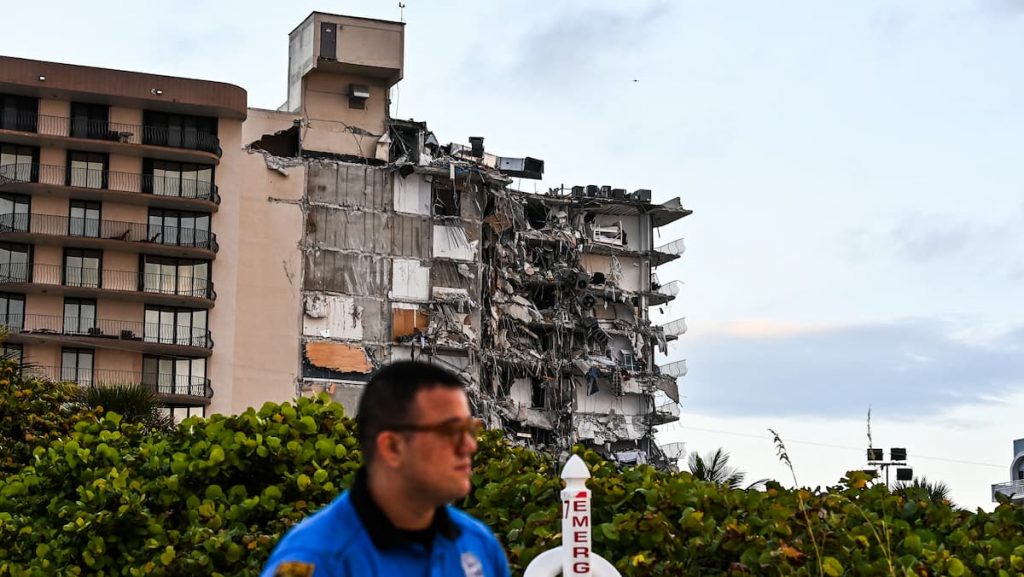 A twelve-story residential building in Florida in the southeastern United States partially collapsed, killing one person Thursday and officials fear the toll could escalate further as massive relief efforts continue.

“We took at least two people to the hospital this morning and one of them died,” the mayor of the town where the building is located told the NBC.

“We treated ten people on the spot,” he said, adding that the dog units did not identify the victims under the rubble.

Uploaded videos show a 12-story building on the shores of the town of Surfside north of Miami Beach collapsing.

It was not immediately clear how many people were living or in the building at Thursday’s incident. “I think there are very few people inside,” the mayor said.

God is so real! The building next to our condo collapsed! (Our building is blue) Knowing that the survivors were lost disturbed my energy. It could be us. My BF & I want to thank God for waking me up and keeping our baby safe. Life is too short! I woke up today pic.twitter.com/gLdnbZMhdF

A neighbor, Santo Mezil, said his wife – a housemaid – was there when the building partially collapsed.

“She said she heard a big explosion. It’s like an earthquake,” he told the Miami Herald daily, with tears in his eyes when his wife called him back to say he would be evacuated.

The cause of the collapse is still “unknown,” Miami-Dade County Mayor Harold Daniella Levine said on Thursday morning.

Emergency services sent dozens of response units to the scene near the beach.

Miami Beach police say their officers came to the surf side town for help “after the building partially collapsed” and mobilized several police and fire departments.

The building was built in 1981 and has more than 130 apartments, according to local media.