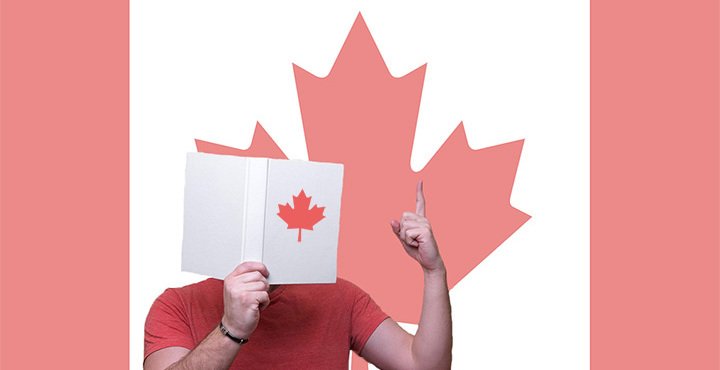 With Canada Day quickly approaching, the time to commemorate all things Canadian has arrived. Yet while there is plenty to praise, one area is frequently underestimated. Canadian authors have left an indelible impact upon global literature with timeless prose that enthralls readers today just as much as it did when the texts were first released. While this literature is celebrated across the broader literature sphere, it receives somewhat less attention among younger domestic audiences. With that in mind, here are some of Canada’s most celebrated authors and the books that won them international acclaim.

Born in Ottawa in 1939, Margaret Atwood grew up in Quebec and Ontario. She attended Victoria College in the University of Toronto, where she received her undergraduate degree, as well as Radcliffe College, where she gained her master’s degree. The author then quickly set out to gather as much world experience as possible. As a result, Atwood has lived in an impressive number of countries, including England, Italy, France, Germany and the US, in addition to Canada, where she currently resides.

Released in 1985, The Handmaid’s Tale is perhaps Atwood’s most well-known novel. The dystopian text takes place in New England in the near future. The region has fallen into a state of crisis via the formation of a highly totalitarian state known as Gilead and has overthrown the US government. Following Offred, a ‘Handmaid’, the novel explores various themes such as the fight for independence that subjugated people face as they attempt to resist overwhelming odds.

The Handmaid’s Tale has won numerous prizes and has been adapted into an opera, a film and a television series, the latter of which began airing in 2017 and continues to 2021. (All that’s left to be released is a Handmaid’s Tale-themed slot game.) The series, in particular, is a testament to the novel’s enduring and timeless quality, which still attracts readers more than 30 years after its initial release.

Yann Martel was born in Salamanca, Spain in 1963. His parents were Canadian graduate students. Martel is a celebrated author who has covered a diverse array of themes throughout his work. Much like Atwood, Martel has lived in an impressive number of countries, including Costa Rica, Spain, France, Turkey, India and Iran, in addition to Canada. He attended Trent University of Ontario, where he received a philosophy degree, and worked several jobs, including as a security guard and a dishwasher, until he began writing full-time. By the age of 27, Martel had dedicated himself entirely to his craft and continues to perfect his ability today.

Released in 2002, Life of Pi is one of the most recognizable novels released in the past few decades. Martel received the Man Booker Prize for Fiction the same year it was released, and the tale has been published in over 40 territories and countries, equating to more than 30 languages. The book has been adapted to a film, which was released in 2012. The novel is a survival story that follows Pi Patel, born to an Indian family of zookeepers, as he grows up and attempts to immigrate to Canada with his family. When the boat they were in is shipwrecked, his life takes an unpredictable turn.

While it is a relatively recent release, Life of Pi has garnered an impressive number of accolades in a short amount of time. Martel continues to release texts, including Beatrice and Virgil, a Financial Times Best Book and a New York Times Bestseller.

L.M. Montgomery was born in New London, then known as Clifton, on November 30th, 1874, in Prince Edward Island. Her early life was quite turbulent, with her mother dying of tuberculosis when she was only 21 months old. Montgomery was subsequently left in the care of her mother’s parents as her father moved to Canada and remarried. However, this is not to say that her childhood was unhappy, and the soon-to-be novelist turned to books, nature and writing for companionship and began writing poetry as young as nine. She earned her teacher’s license in 1894 and taught at three island schools – Lower Bedeque, Belmont and Bideford – but left to study English literature in Nova Scotia at the Dalhousie University of Halifax.

Anne of Green Gables was released in 1908, and the book was an instant bestseller. Montgomery continued to release successful work, including Anne of Avonlea (1909), Anne of the Island (1915), and Anne of Ingleside (1939). However, her most well-known work remains Anne of Green Gables, and the book has been adapted to film at least 12 times spanning from 1919 to 2017. In addition, the tale sparked the release of numerous ‘continuations’ that were not created from Montgomery’s original novels.

Few books are as loved as Anne of Green Gables. Montgomery created something that still lives in people’s minds all around the world and remains an enduring classic.

Alistair MacLeod was born in North Battleford, Saskatchewan in 1936, and grew up in Canada. His family returned to Cape Breton Island in Nova Scotia when he was 10 years old, and he even worked as a logger and miner before earning a teacher’s license from Nova Scotia Teachers College.

MacLeod highly valued higher education and went on to receive a B.Ed. and BA from St. Francis Xavier University, a master’s degree at the University of New Brunswick, and a PhD from the University of Notre Dame. He was a professor at Indiana University-Purdue University in Fort Wayne for three years, from 1966 to 1969, before returning to Canada and beginning his writing career.

Published in 2000, No Great Mischief might not be quite as loudly appreciated as some of the other works on this list, but it is a fascinating tale that has won the hearts of millions around the world. The story follows Alexander MacDonald as he experiences both horrible tragedies and intensely comedic situations.

Consider picking up one of the novels on this list to celebrate Canada’s great authors. They are certainly worth the read, as millions of people across the globe can attest.