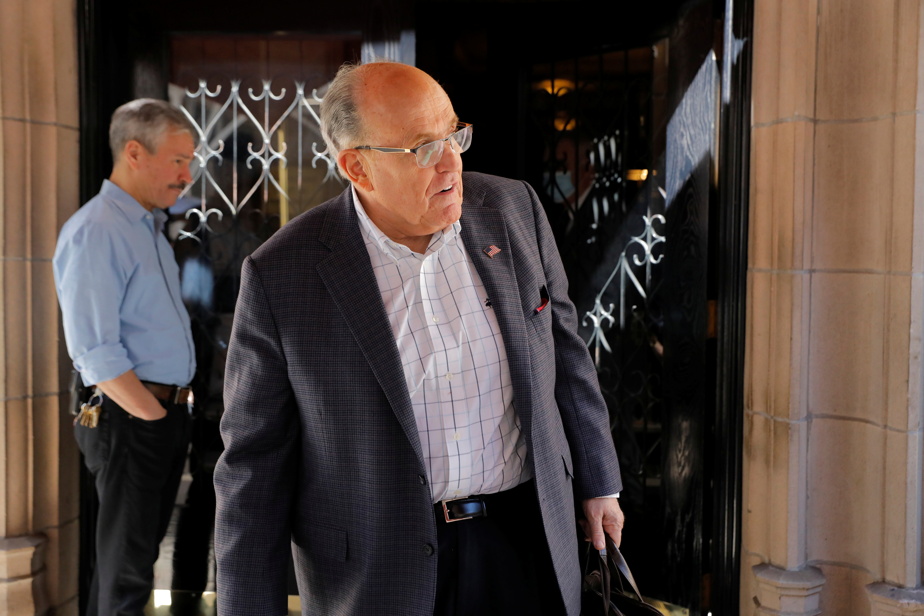 (New York) Donald Trump’s lawyer and former New York Mayor Rudy Giuliani has been suspended by the New York State Supreme Court, where he will not practice law until further notice, after the election of a former U.S. president for making a series of false statements to promote re.


The decision was condemned by Donald Trump, who said he had “fought against elections that already turned out to be fraudulent”.

The documents in the file do not specify who took over the Attorney Grievance Committee that initiated the investigation, but according to New York Times They are “dozens” of prominent New York lawyers.

After the November 3, 2020 US presidential election, Rudy Giuliani became a symbol of Donald Trump’s struggle for a wrong attempt, without displaying obvious elements, giving the election results to his rival, Joe Biden.

The former mayor of New York (1994-2001), now 77, has failed before courts in several key states to rescind the election.

The committee recalled that his lawyer in his seventies, before a court in Pennsylvania, had indicated that the election had been rigged, while at the same time he had taken over the same court over technical questions.

He alleges that thousands of bulletins relating to deceased persons were counted in Pennsylvania, an allegation never proven.

The committee also cites allegations made by Mr Giuliani over elections in Georgia and Arizona.

The court wrote in its judgment on Thursday that “we can only emphasize the seriousness of the shortcomings” of Rudy Giuliani. “This country was devastated by the legitimacy of the 2020 election and the attacks of our current President Joseph R. Biden,” continued the five judges who composed it.

“False statements are aimed at undermining confidence in our elections and in the government in general,” the verdict said. When they are done by a lawyer, they “damage the reputation of the whole profession”.

Finally, the court also cited the events of January 6, during which riots, mostly Donald Trump supporters, attacked the Capitol in Washington. For judges, they show “how much damage is done when people are deceived by false information about elections”.

For Donald Trump, Thursday’s decision is the work of the “radical left” and is part of a “witch hunt” in which he and his relatives are victims. “They should be ashamed of themselves,” he said.