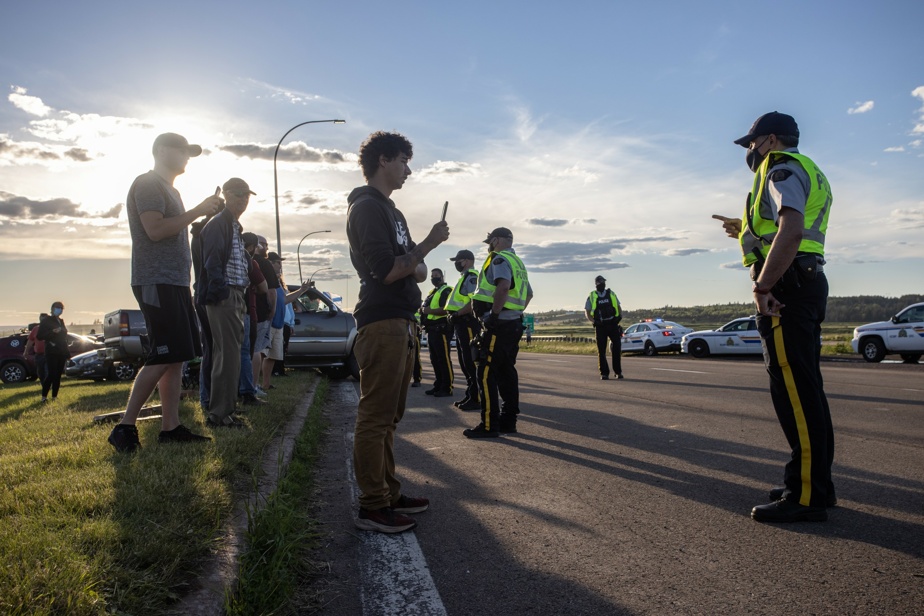 (Halifax) The roadblock along the Nova Scotia-New Brunswick border, built against travel restrictions linked to COVID-19, was demolished.


The Royal Canadian Mounted Police (RCMP) in Nova Scotia said the arrests came as traffic resumes on the Trans-Canada Highway.

Police have advised motorists to be vigilant as traffic is heavy in the Amherst, Nova Scotia area.

The roadblock near the regional border has damaged trade and led to the cancellation of more than 100 medical appointments.

Protesters cut off traffic between the two provinces after the Nova Scotia government announced that travelers from New Brunswick would need to be self-isolated after arriving in Nova Scotia.

The decision came a day before the rest of the Atlantic were set to re-launch with Canada.

Unlike travelers from New Brunswick, Prince Edward Island and the people of Newfoundland and Labrador do not need to separate themselves.