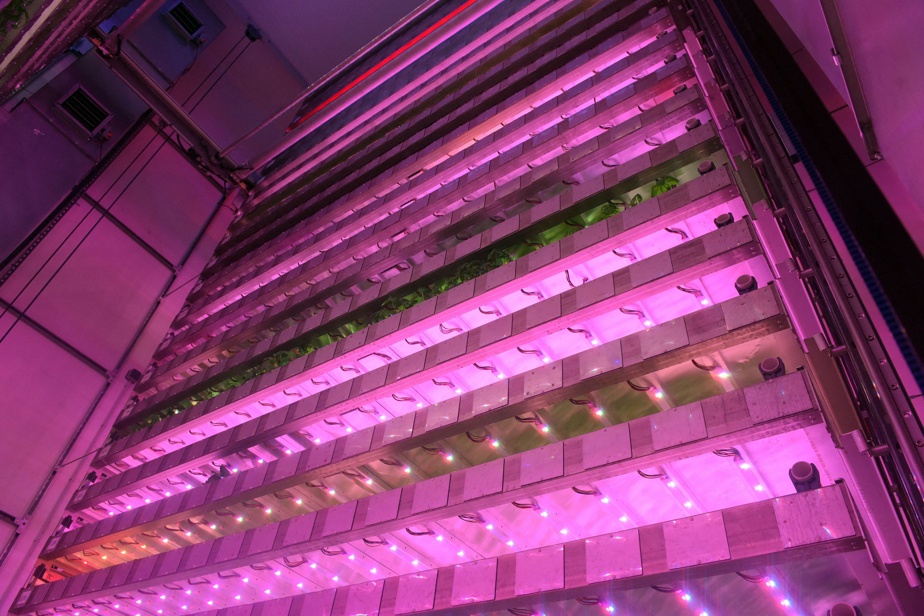 . Aimed for first place in France.

Founded in 2016 by former financier Gilles Dreyfuss and a founder Nicholas Segui, this young growth launched the first site in chateau-theory. It plans to open two more by the end of 2022 and become the number one vertical vegetable farm in the country.

This agriculture works on hydroponics, i.e. without soil, the plants grow on a surface and receive water rich in nutrients. In all warm and humid weather, the garden is lit by LEDs.

Two production “towers” operate with platforms ten meters high. “By the end of this year, we will have nineteen,” Jungle president Gilles Dreyfus told AFP.

A tower can produce 400,000 plants a year. When all is said and done, the 38-year-old former financier explained that the annual production would be 8 million plants.

Playing in Ultra-Fresh its products are intended for mass distribution and its herbs are already available in some Parisian stores.

“Keeping the power of industrial innovation in the service of plant life”: this is the motto of the Jungle. “With pesticide-free plants we meet consumer uses and new needs, they taste, they are alive, they are recognizable and most of all they are produced very close to where they are sold and eaten,” says Gilles Dreyfus.

In the warehouse, the seed course, mounted on a tray, begins on an automated belt. Sow them accurately in a small container filled with surface.

Then to the germination rooms, with tropical climates, the plants stay for a few days. Before joining cultivation tours to thrive and reach maturity.

In the tower, a computer controls all the parameters (water, nutrients, lighting, temperature, humidity, CO2, Ventilation) and constantly adjusts them according to the desired target.

“By playing with the light spectrum and different color ratios, we can make a plant flower faster, more compact, have larger leaves, and change its morphology,” explained Michael Mittrand, agronomist and research and culture administrator.

A robot has the maneuver to manipulate the trays set up at fifteen levels and control their health condition.

“We have a lot more productivity because we optimize all the parameters,” Gilles Dreyfus stressed. “On earth, you will have a maximum of 3 to 5 crops of basil a year. We have 14 ”.

It aims for profitability by the end of 2022, with the second site at half its capacity.

Jungle also relies on plant production for perfume manufacturers and cosmetic brands. This activity already represents 30% of its turnover, but the company is silent on the flowers produced.

Product area is hidden from visitors. It grows there “rare flower”, which enters into the recipe for perfume, Gilles Dreyfus has the content to say.

After ten years in finance, he decided to change his life in 2015 after reading an article about vertical farming and went to New York to meet the “Father of Concept”, Professor Emeritus Dixon Despomier at Columbia University. He goes to a world conference on vertical agriculture in California.

“When I got back to Paris, I quit my job. I went all over the world to see what was already there ”. On the way he meets Nicholas Dupuy, who has become his partner.

READ  COVID-19: "We should not give too much importance to variants"