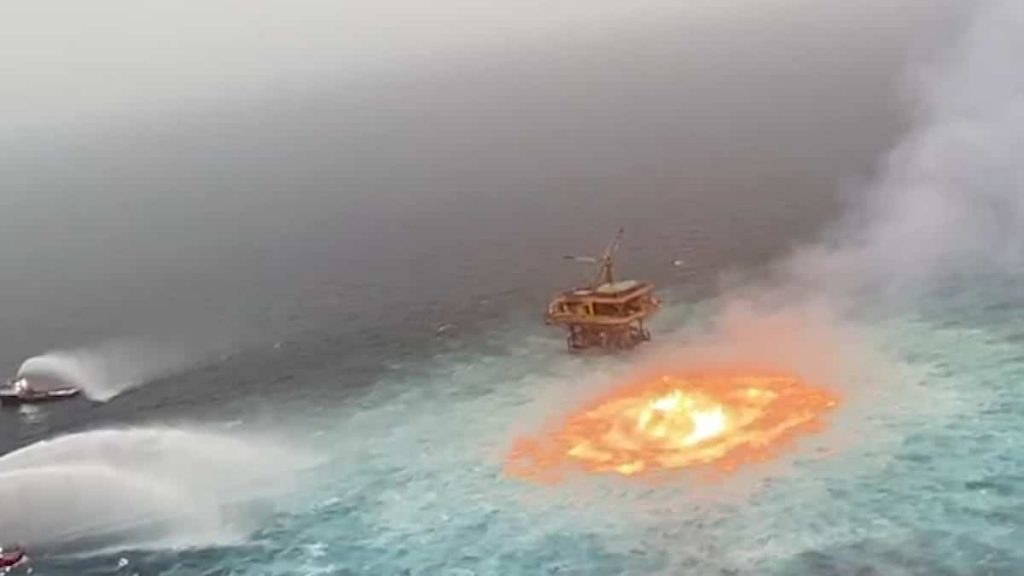 Excellent footage captured on Friday in a fire in the Gulf of Mexico on the Yucatan Peninsula.

The leak was recorded in a 12-inch underwater pipeline at 5:15 a.m. Petrolios Mexicanos, also known as PEMEX, said in a statement Friday afternoon.

Fires in the sea are listed 150 meters from the KU-C satellite platform in Campeche Bay […] It is attached to the production sub-directorate of Northeast “Offshore” area of ​​Pemex.

“Fires were immediately resolved as soon as safety protocols were activated and with the help of fire ships near Santa Cruz Island and Campeche Bay,” the company continued.

The closure of the pipeline interconnection valves ended the fire at 10:45 a.m. before PEMEX could restore normal operating conditions.

No injuries or evacuations were reported in the incident, the company added, but said an analysis would be conducted to determine the cause of the fire.

This is not the first time Pemex has been at the heart of such a leak.