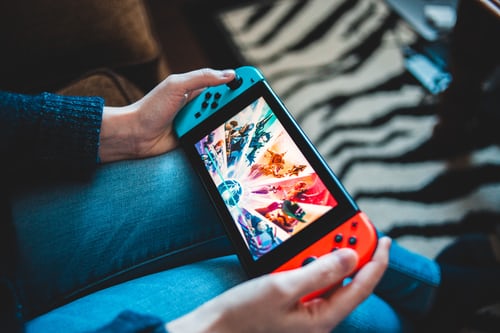 The events of 2020 forced people to stay at home hence enjoyed more gaming. Currently, the gaming industry has the uphill task of ensuring that they keep their fans engaged. In 2021, the gaming sector is projected to generate revenues of up to 175.8 billion USD, which will be a slight decrease from 2020’s revenues. In 2020, online casinos worldwide enjoyed an increase in activity on their platforms. For instance, people looking for online casino Canada operators must have come across the Spin Casino, which offers its members massive bonuses and game selections. But, as economies reopen and the restrictions are pulled back, there will be increased competition for people’s time and disposable income.

Last year’s event was called off for obvious reasons, so top players in the industry were looking forward to this year’s event. In this year’s fully virtual show, Nintendo, Microsoft, Ubisoft, and other operators unveiled new content to keep gamers engaged. The event also allowed the industry to consider issues of diversity that had arisen even before the pandemic. So, what are the notable highlights of this year’s E3 event?

During E3 2021, there were many new game announcements. The notable announcements include the highly anticipated Legend of Zelda: Breath of the Wild 2. Nintendo released a trailer for the upcoming sequel, which is as brave and imaginative as Zelda has ever been.

READ  10 assistants of QS will be candidates again

Also, Marvel has several new releases coming soon, including a game featuring the most idiosyncratic group of insurgents in the universe- the Guardians of the Galaxy. Marvel also announced War for Wakanda, featuring the popular superhero group the Avengers.

Nintendo also made some announcements about its favorite plumber – Mario. The company has new games, including Mario Party Superstars and WarioWare.

Top on the E3 2021 agenda was the lack of diversity and inclusion in the gaming industry. The toxic culture of trolling was also discussed. The discussion was inspired by the findings of the Game Developers Association survey of 2019.

According to the survey, 71% of game developers were males, while 81% were white. This finding means that the prototypical game industry employee is a 36-year old white male with a university degree, lives in North America, and does not have children.

Gaming operators have grown their audiences by becoming more diverse, especially during the pandemic. However, the toxic behavior that has stained the industry’s reputation was not exhaustively discussed as users posted comments criticizing the need for a diversity discussion.

Even though several new games and gadgets were announced, the Xbox Game Pass stole the show’s limelight. Microsoft’s gaming subscription service got the title of “Best in the show.” It is popular among users who want to enjoy as many titles as possible without spending a fortune.

READ  200 staff, students in 5 schools were told to segregate due to COVID-19 exposure