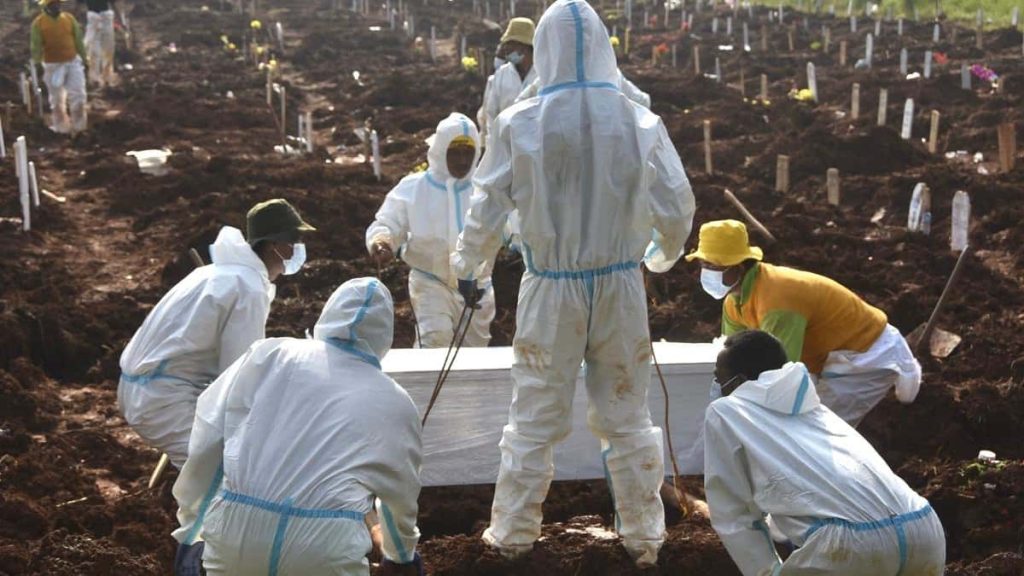 Indonesia, which has been hit by an unprecedented catastrophic outbreak linked to the Delta variant, killed a record 728 people in 24 hours, calling on countries in the region on Tuesday to help supply their hospitals with emergency oxygen.

The most affected country in Southeast Asia has imported oxygen from Singapore for patients suffering from respiratory distress, but that may not be enough, as the Indonesian government announced on Tuesday that the number of cases is likely to rise to more than 50,000 per day.

Hospitals in the hardest capital Jakarta have an occupancy rate of over 90%.

Unable to withstand the massive influx of sick people, a dozen hospitals in Surabaya, Indonesia’s second-largest city, had to repel new patients, while depressed families had to search for oxygen cylinders to treat the sick and dying at home.

A spokesman for Surabaya Hospital said the intensive care units were overcrowded and doctors were exhausted.

“The hospital has no rooms for patients in need of breathing apparatus. The rooms of the intensive care units are also full,” the official said on condition of anonymity.

“We are drowning. Many of our health care workers are suffering from fatigue and some are even infected. We are trying to find volunteers to help us,” he added.

Nearly 1,000 Indonesian medical workers have died from Kovid-19, more than a dozen who have already been 100% vaccinated, according to the Indonesian Medical Association.

In major cities, thousands of soldiers and police are trying to implement new tough measures against the virus in the hope that the record number of daily cases will drop.

The world’s fourth-most populous country, with a population of nearly 270 million, had four times the daily number of cases a month, with 31,189 new infections and 728 deaths recorded on Tuesday in the last 24 hours.

In Jakarta alone, the number of daily Kovid-19 burials has increased tenfold since May, and tired cemetery workers are trying to cope with the situation.

On Tuesday, the government announced that about 10,000 oxygen concentrations – equipment for those with respiratory failure – would be transported from Singapore, with some Hercules arriving early on a cargo plane.

Government member Luhut Binsar Pandit said Jakarta was in talks with other countries, including China, for help. “We will order oxygen from other countries if we feel there is not enough supply.”

Authorities on Monday ordered that available oxygen supplies be sent to hospitals.

“But we hope it doesn’t happen.”

Offices, mosques, parks, shopping malls and restaurants across the island of Java were closed.

But there are a lot of violations. Authorities in the town of Semarang in Java fired water at shops that refused to comply.

In total, officially, 2.3 million people were infected with the coronavirus, which killed 61,686 people in Indonesia. Experts believe that these figures are far below reality due to the lack of adequate tests and case traces.

Indonesia aims to have more than 180 million vaccines by the beginning of next year. But at this time, only 5% of the population received two doses.