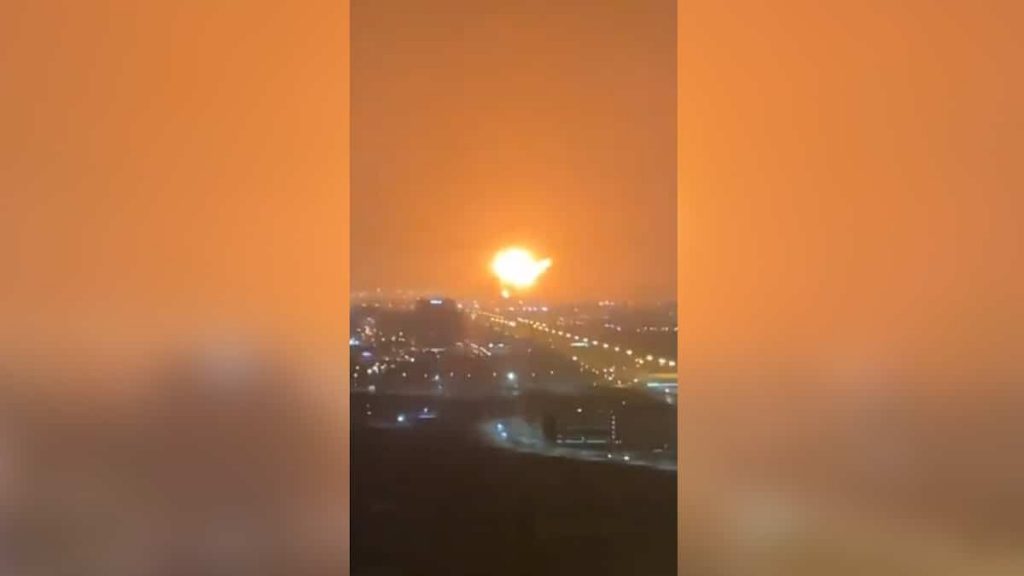 A fire broke out in the main port of Dubai on Wednesday evening, the Emirates Communications Service said on Twitter.

“It is learned that a fire broke out in a container inside a ship anchored at Jebel Ali port. The Dubai Civil Defense (Fire Brigade) is working to put out the blaze, ”the Communications Service said.

At least three residents in the area where the incident took place reported that doors and windows in their homes were violently shaken by the explosion.

“I was on my balcony. My friend saw something yellow as the sun was going on. I took a picture, and then we heard the noise, ”Clemens Lefoix, who was near the explosion, posted a bright, orange light picture of the sky, facing buildings.

A resident of Medina district near the port told AFP he “saw the windows shaking”. “I have lived here for fifteen years and this is the first time I have seen and heard anything like this,” she said.

The Emirate of Dubai is considered one of the seven richest countries in the United Arab Emirates.