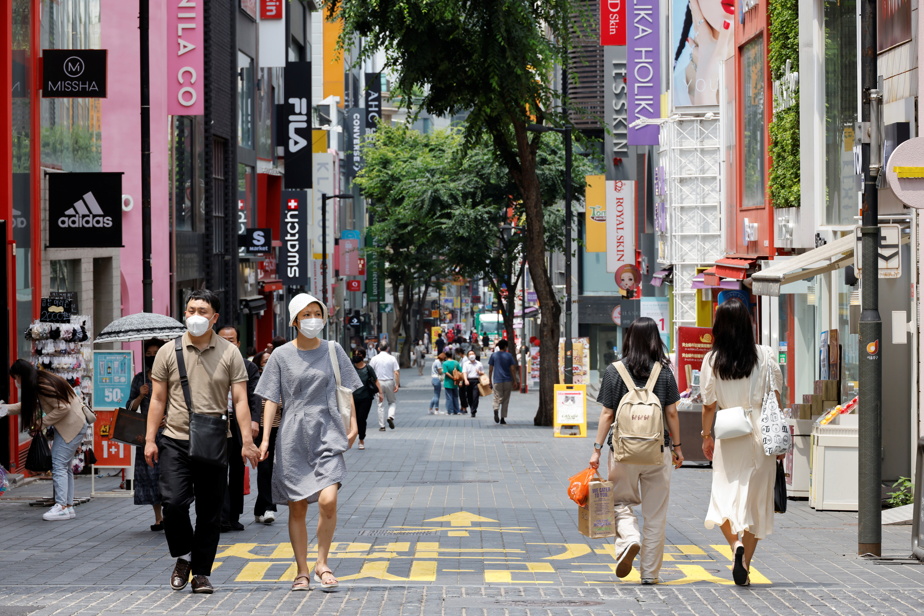 (Seoul) South Korea on Saturday reported 1,378 new coronavirus infections, ready to impose on Seoul for the third day in a row in the country, the toughest sanctions the capital has seen since the outbreak began.


Due to population discipline, South Korea has long been established as a model for managing the epidemic, which has very cleverly observed indications for social distance. But the vaccination is going very slowly due to lack of doses.

More than 1,000 new infections have been identified in Seoul and its environs, where the region is home to half of the national population.

The foci of recent infection have been found in schools, offices and shopping centers. Of those in their 20s and 40s, most are not yet eligible to be vaccinated, we have found many new cases, health officials said.

The new sanctions will take effect two weeks from Monday. Collecting more than two after 6pm is prohibited and schools are closed like bars and nightclubs.

Cafes and restaurants do not operate at maximum capacity and are only authorized to take-out after 10 p.m.