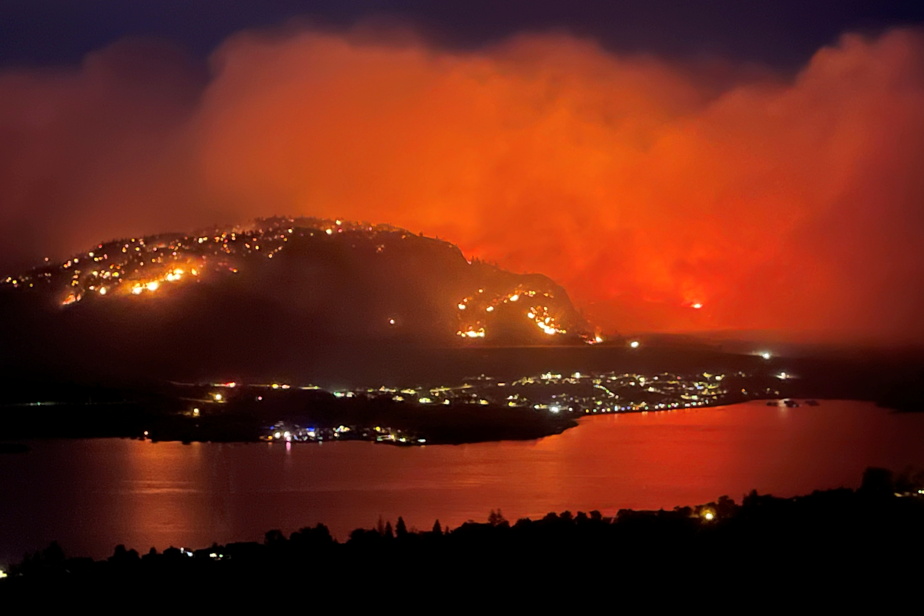 
Mike Fern‌worth said he made the decision based on information provided by authorities that weather conditions could lead to more severe fire behavior and further evacuations.

Mr Fern‌worth said the announcement addresses the potential for a mass evacuation scenario and provides the government with ways to provide accommodation in support of the homeless.

He said the province was deploying all available personnel and equipment to fight the fires to reassure the people of British Columbia.

Nearly 300 fires are burning across the province, including many that have occupied communities subject to evacuation orders or warnings.

The Osoyos Indian Band on Monday ordered the evacuation of more than 100 properties due to a forest fire at Inkaneep Creek, six kilometers north of Osoyos.

The Okanagan-Similkameen regional district said fires were moving rapidly north, declaring a local state of emergency Monday evening and ordering the evacuation of 60 properties, followed by evacuation warnings for about 100 people and the entire town of Oliver.

Seven square kilometers have already been engulfed in flames and crews are working through the night, according to the BC Wildfire Service website.

Separate fires in the southern interior forced the Thompson-Nicola regional district to evacuate 28 properties near the Westwold community and seven properties near Lake Heffley on Monday, the latest in a series of district orders.

The evacuation orders came as thousands of wildfire evacuees in the Thompson and Caribou areas ran out of homes and some evacuees had to travel south as far as Chilliwak, the regional agency coordinating emergency assistance warned.