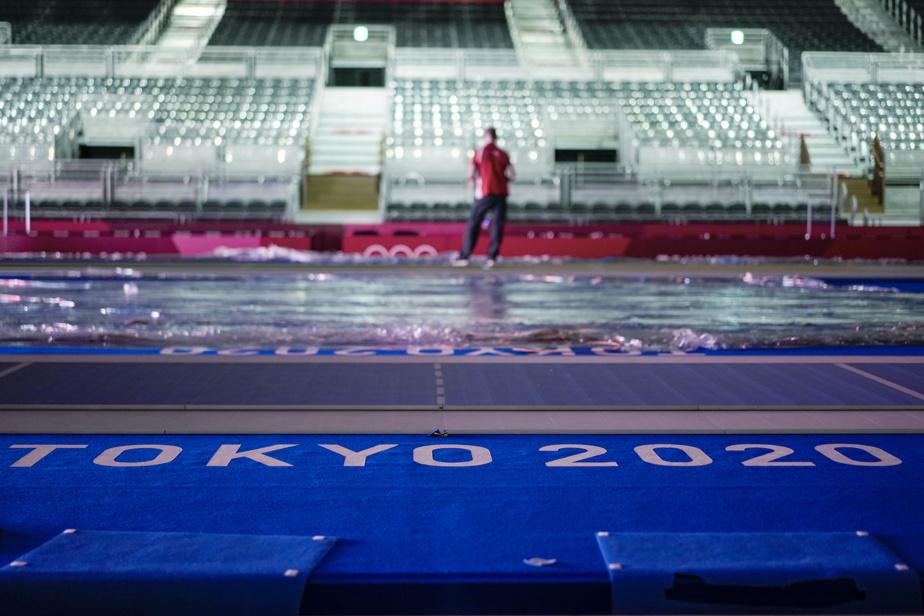 (Tokyo) With less than 48 hours to go before the kickoff of the opening of the Tokyo Games, the event poses far more health risks to Japanese health than the festive atmosphere and attention-grabbing national pride.

In the Ikebukuro district, one of Tokyo’s most dynamic with fashion retailers, gourmet restaurants and entertainment complexes, it’s hard to grasp a craze for games. No pennants or flags with the Tokyo 2020 logo. These are “ghost games” in the eyes of most Tokyoites.

In the wake of the Japanese government’s decision to reinstate a health emergency until August 22, we cannot blame them as they will be kept away.

Mr Benoit Hardy-Chartrand, a researcher associated with UQAM’s Raul-Dandurand chair of foreign policy and geopolitics in the region, was among more than five in Tokyo. Years.

Despite clear opposition from the public, the government is angry that it has moved ahead with the Olympics. The event, which was supposed to be a huge national holiday, is now taking place without an Olympic atmosphere. “

The majority opposition of the Japanese to hosting the games has led to demonstrations in recent months and if the online petition had collected more than 350,000 signatures, it would now have become indifferent.

“There have been many small demonstrations of dissatisfaction, but nothing too big. We’ve talked more about small meetings,” Mr Hardy-Chartrand said in an email exchange with the Canadian press.

In Japan, only 34% of the population has received the vaccine, especially due to the delta variant, which fears a resurgence of COVID-19 pollution cases.

In a recent Asahi newspaper poll, 68% of those polled expressed doubts about the ability of managers to maintain “safe” games.

Mr Hardy-Chartrand believes the coming weeks will be decisive for the Yoshihide Suga government, which has decided to host the games despite warnings from medical experts and opposition from the majority Japanese.

“Obviously, hosting the Olympics will have political consequences for the Suga government. It should definitely announce elections by October, and the Olympics will definitely weigh heavily on the balance. If they do not hesitate, it will help him in the election, but for now, it is much worse, because his popularity rating has dropped to a minimum at 35%. Hence its political survival depends on sports. “