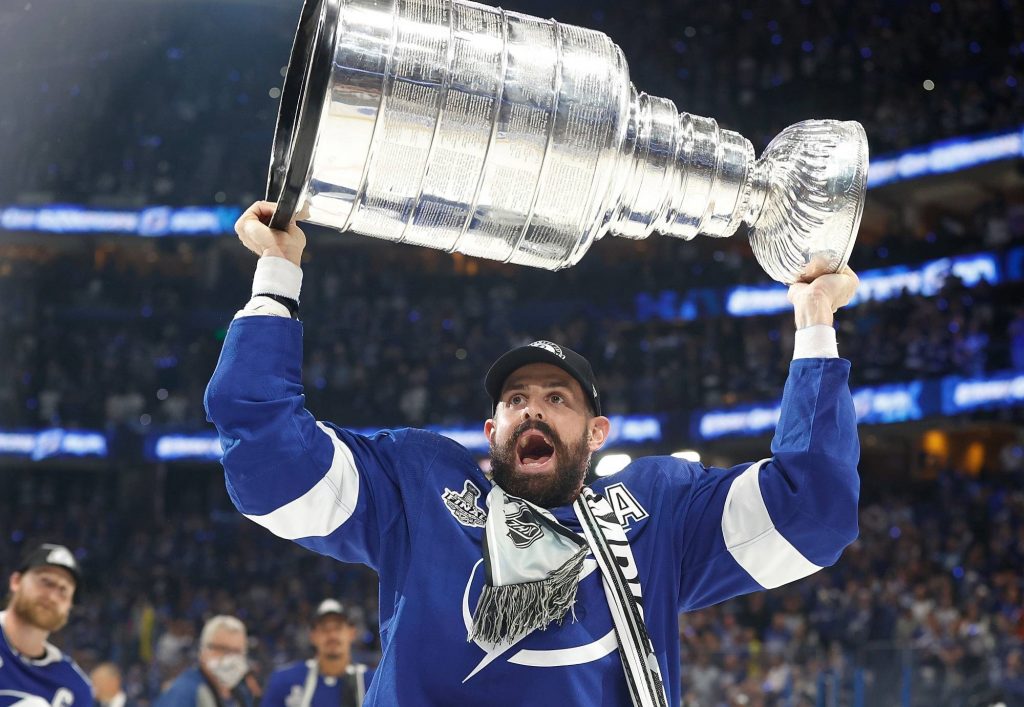 And the Tampa Bay Lightning repeat as Stanley Cup Champions in 2021—insert excited fan crowd noise in the background.

But really, once the Tampa Bay Lightning rallied to beat the NY Rangers, it didn’t look like they’d be stopped in the Finals. The Montreal Canadiens had a Cinderella-esque run at it. But, even though they make the list here today as one of the top favs, I don’t think they’ll be hitting the ice in the Finals next season.

Read on to find out why.

The major Canadian sportsbooks think it will be the Colorado Avalanche gracing the ice and walking away with fresh inscriptions on The Cup.

And here you can see it for yourselves. Top sportsbooks in Las Vegas and around the world like the Colorado Avalanche to win it all next year. The Tampa Bay Lightning are still listed high up the list. But are no longer top dogs on the boards. Can they really three-peat anyhow?

So, even though the Tampa Bay Lightning have held the Cup for two seasons, both the Avalanche and the Vegas Golden Knights are sitting up higher on the board. Which is interesting because the Colorado Avalanche have been eliminated three years running in the second round of the NHL’s post-season. Conversely, the Vegas Golden Knights stopped the Avalanche in said round and lost to the unlikely Montreal Canadiens.

READ  The Gaming Industry and the Effects of its Cashless Strategy

Despite all of this, the Avalanche are going to come back with an absolutely loaded team. Their roster has tons of talent, and the top brass running things isn’t ignorant enough to blow things this off-season. Essentially, the pieces are already in place; management just needs to ensure that they snag Philipp Grabauer and Gabriel Landeskog, who are heading into the offseason as unrestricted free agents.

Why the Habs Won’t Run Deep Into the Playoffs

I have my doubts that the Montreal Habs will even enter the postseason in 2022. They only made it this year because of how the cookie crumbled with the temporary, regional realignment. Had they been in any other ‘division,’ they would not have made the playoffs with just 59 points. Now that the league is going back to ‘normal,’ they’ll have to play much better to gain a berth.

I commend them for their post-season play, and given the drought they have been in for so long, I do hope that I am wrong and that they have found a way to win moving forward. That said, although they played well in the playoffs, they were just mediocre during the regular season. If they had been traveling all over the continental US as well, it likely would have been worse.

If I had to take a dark horse team to make it to the Finals, it would be the NY Islanders. Sportsbooks opened lines for them to win at +2000. Since then, they have already pushed up to +1800. They took Tampa Bay Lightning fans right to the edge of their seats this post-season—and without Anders Lee, their leading scorer and team captain.

If they stay healthy next year, they could be the team to beat in the playoffs. Their biggest problem—or maybe it will help them fly under the radar and get overlooked—is a lack of luster. They are not as exciting as the other top contenders.

The other New York team should be pretty good as well. I feel that they just might land Jack Eichel, and if they do, we can move the NY Rangers up to my top sleeper team. They’ll have Eichal Artemi Panarin and Igor Shesterkin. On top of that, they are stacked with young talent in Alexis Lafreniere, Kaapo Kakko, and Adam Fox—a top-tier defender.