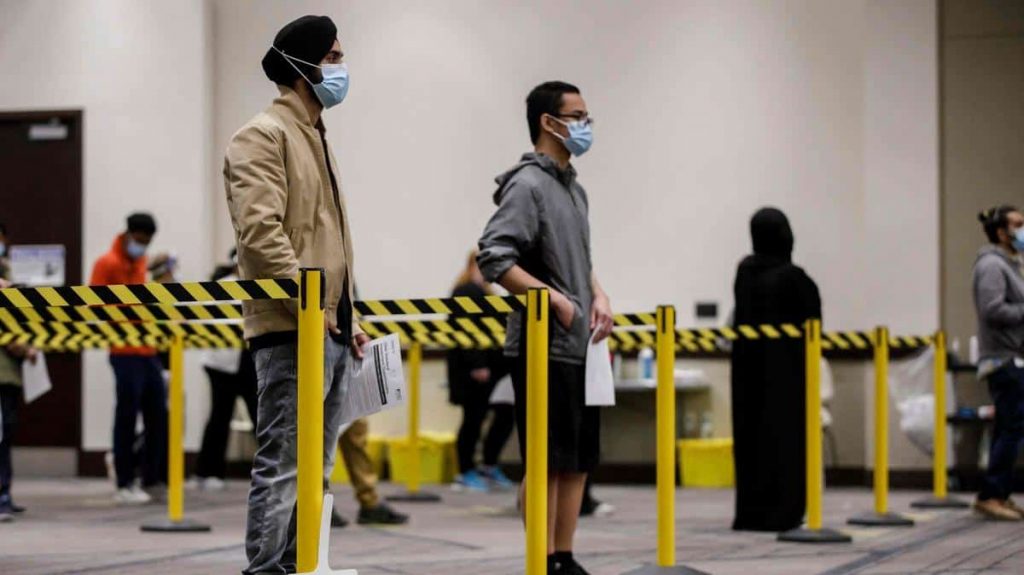 Slowly but surely, the number of COVID-19 cases continues to rise across the country. More than 200 cases have been reported in Ontario for the first time since July 7.

Authorities in the most populous province on Thursday confirmed 218 new COVID-19 contaminants and three other deaths. The Toronto and Peel areas were most affected with 38 cases, followed by Hamilton 25, Waterloo 19 and Gray Bruce 13 cases.

However, the vaccine has reached a milestone in the province, with 80% of Antarians receiving at least one dose.

“This achievement is a step closer to our immune goals, to re-open and get off the roadmap to return to normal,” Ontario Health Minister Christine Elliott said on Twitter.

This new symbol is one of the new steps in the province’s deconfinition planning. In this case, other sanctions could be lifted, perhaps by August 6.

“Although there is no variant of SARS-CoV-2 in a given area, we know that the vaccine, along with public health measures and personal precautions, is working to reduce the spread of COVID-19,” she said.

“The first and second doses of the COVID-19 vaccine are being administered well across the country with the aim of gaining widespread, strong and permanent immunity by vaccinating the majority of those eligible across Canada,” Dr. Tom recalled.