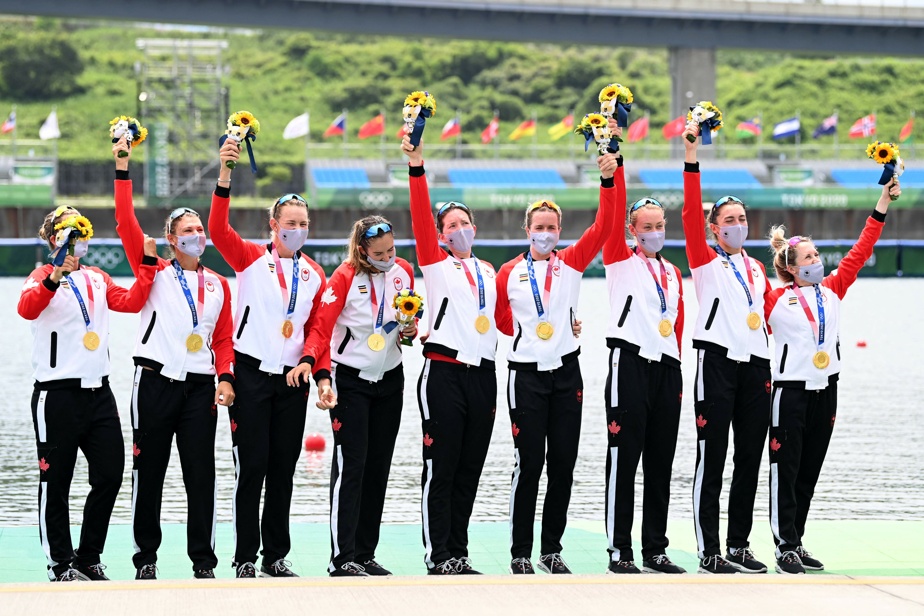 (Tokyo) The Canadian women’s rowing team won gold in the top eight at the Tokyo Olympics.


The Canadian team took a significant lead early in the race and never looked back in the Sea Forest Canal. They finished the race with a time of five minutes 59.13 seconds, at 91 hundredths of a second of those who followed him closely.

This is Canada’s first gold medal in the event since the 1992 Barcelona Olympics.

“We have very close races,” said Canadian teammate Lisa Roman. We decided that today’s race was our best. We know we can win gold if we give our best. ”

Canada won another medal in rowing, winning bronze in both Kylie Filmer and Hillary Jonessen sprint.

The country won only one medal in rowing in the women’s lightweight division at the 2016 Rio Games.

“It’s too big,” Roman added. We worked very hard. I am so thankful to be a part of everything else. That’s awesome. ”

Canada reached the final in two other categories at the Tokyo Games.

For the first time since the 1996 Atlanta Olympics, the country has qualified for 10 boats this year.