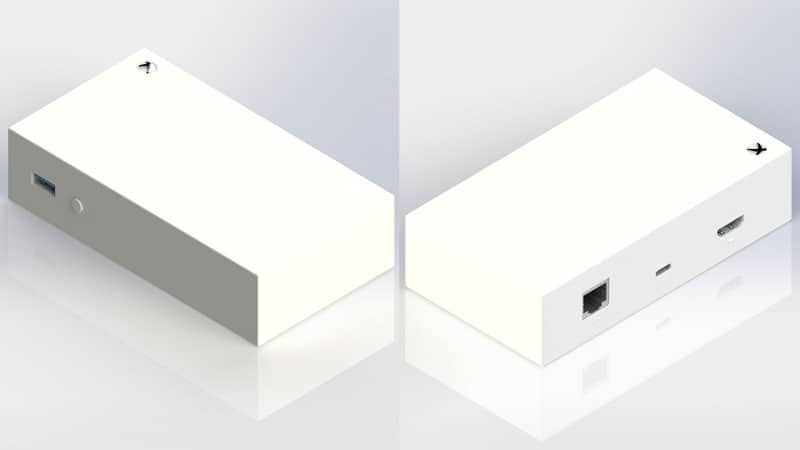 Microsoft is about to unveil a new console in the form of a small box with basic connectivity. The latter allows you to play Xbox Cloud Gaming exclusively.

According to a recent leak, Microsoft should soon release a box dedicated to streaming. According to information posted by @PostUp_bbb on Twitter, the image below is believed to be a prototype of early 2021 and the current product is slightly different. Therefore the following information should be taken with salt grain.

The purpose of the Xbox Streambox is to allow subscribers to the Xbox GamePass Ultimate service to enjoy their games on a television or computer screen. So it works like a shadow box, It acts as an intermediary between your screen and Microsoft servers and should not be confused with the old Sony PlayStation TV.

Coming up with such a box comes as no real surprise when you look at the efforts Microsoft has made to promote its cloud gaming service. Phil Spencer has previously confirmed that the Xbox Series X and S will not be the company’s last consoles.

According to leaked information, the Xbox Streambox is relatively compact because it is only slightly larger than a deck of cards. Like the classic Xbox, You need an Xbox controller for any generation to play. Compatibility with keyboard and mouse is also provided.

Side Connections There is a USB-A port on the front with a side infrared sensor for the controller. On the back are the Ethernet port, USB-C port as well as the HDMI port. It is also possible to connect the box to Wi-Fi.

This is useful for allowing Xbox stream box playersAccess the Xbox Game Pass Ultimate from any TVr, even if it is not intelligent. We know the Microsoft service is coming to Android TV soon, so you can enjoy it on all other TVs soon. The case should also allow youAccess video on-demand services such as HBO or Disney +.

At the moment, it is not known whether the Microsoft box will be marketed, but its arrival is good news for all players who want to take advantage of it.Experience focused entirely on cloud gaming. Microsoft recently implemented a major update to its cloud gaming service, formerly known as xCloud, because it replaced its old Xbox One with the new Xbox Series X on its servers.