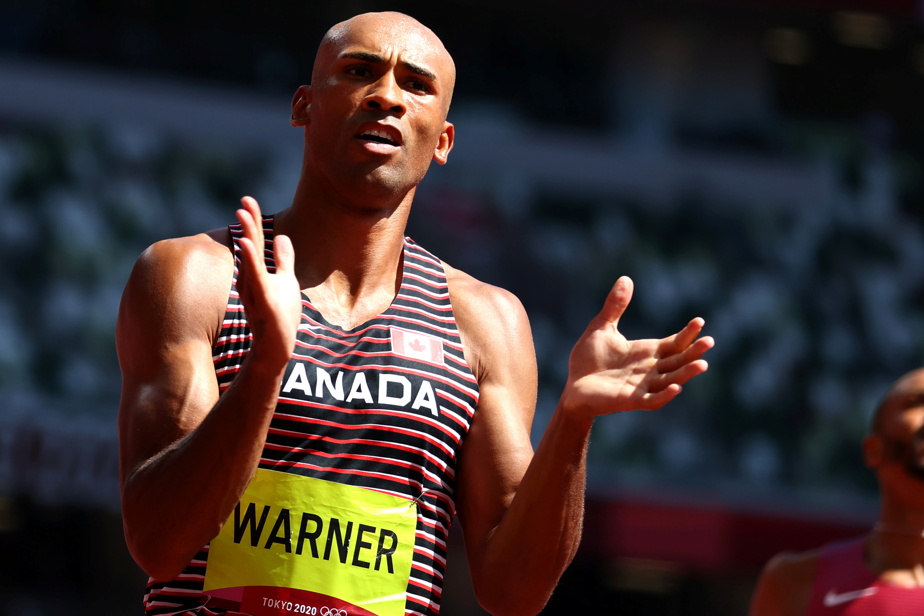 (Tokyo) Canadian Damian Warner continues his quest for an Olympic title in decathlon.

After crossing the finish line, he waved to his partner Jen Cotton, their son Theo and his mother.

Frenchman Kevin Meyer finished second in the 110m hurdles event with a time of 13.90 seconds.

LePage, who indicated he was suffering from an injury the day before, finished seventh in the event at 14.39.

Warner set an Olympic decathlon record in the long jump along with his personal mark in the 100 meters.

Warner, who broke his Canadian record in the competition in Austria, finished first in the world in decathlon this year. His score of 8995 points is the fourth highest in history.

The Warner Record Breaking Show in May came after the winter, where he trained in the unheated arena in London, Camel.

Western Ontario University indoor runway closed as a result of COVID-19 sanctions. Its coaches redesigned the arena with a 40-meter running track, landing pits for the pole vault and high jump, and a circular area for throwing.