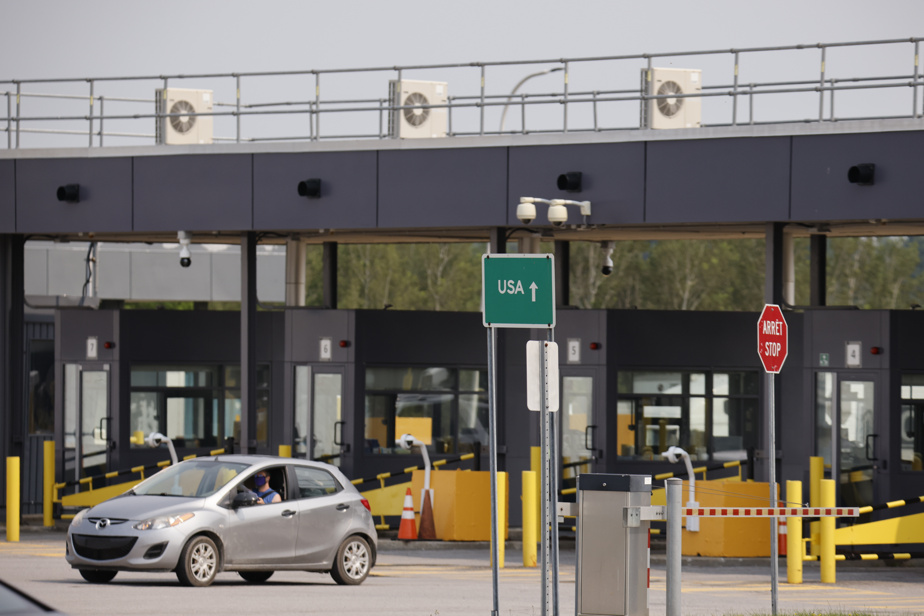 (Washington) By 12:01 a.m. Monday, American travelers given the two doses of the vaccine approved by Health Canada will be allowed to set foot on Canadian soil.

But reciprocity is not true.

To enter the country, these travelers must reside in the United States, receive their second dose of the vaccine at least 14 days prior to arrival, and show evidence of a negative test not older than 72 hours.

They can also use the Arrivecon app or internet portal to download their vaccine information.

Denise Vinet, vice president of the Directorate of Travel at the Canada Border Services Agency, said she learned a lot last month when Canadians who were properly vaccinated were allowed to return to the country.

Currently 50% of people do not receive one of the four vaccines approved by Health Canada so 50% are rejected within the first week, Mr Vinet said.

“We found that many travelers mistakenly believed that they had met all of the vaccine requirements,” he explained. First, 14 days had not elapsed since they received their second dose. Second, many individuals who have been vaccinated other than the Health Canada vaccine are considered to be exempt from compulsory requirements. ”

“We have a lot of people who don’t have a full understanding of what is allowed and what is not allowed,” Vinet said. I hope the same, but since the vaccines given in the United States have been approved by the Canadian authorities, I hope it will be less of an issue. ”

There is no reciprocity

It is uncertain when the United States will begin to relax its own restrictions on unwanted Canadian travelers at border crossings. Passengers boarding the plane and boat are an exception.

The White House said last week that visitors were fully exploring the possibility of vaccination, but it was not yet clear if it included Canadians.

The United States has imposed strict restrictions on many foreign visitors from China, India, Ireland, Iran, South Africa, Brazil and a total of 26 European countries in the Schengen zone.

In general, Canada and Mexico are generally considered a separate category, especially due to the close trade relations between the three countries. Canadian and Mexican visitors do not have to go through a private company to enter the United States.

Observers perceive some inconvenience in the Biden administration about allowing Canadian travelers to return to the United States without giving Mexicans the same opportunity. The situation of potential refugees remains a challenge in the White House.

Travelers entering Canada from the United States must be patient, as most individuals are likely to return.

At Toronto Peace International Airport, one in four people in the country is accepting flights from overseas, with passengers already warned that it could take more than three hours.

It is more convenient for Canadians to travel by air, which means more passengers at airports. Spokesman Beverly McDonald said all of these are facing increased health and safety checks.

“There are many factors that can affect the waiting time on arrival, including government requirements, vaccine status, immigration processing, multiple flights and additional medical examinations. At the same time …”, she calculates.

The number of arrivals at Montreal-Trudeau International Airport is expected to increase next month. So its average in June is only 10% in 2019, but it reached 20% in July and another jump to 30% in August.

“Although our facilities are in the habit of welcoming a large number of passengers, especially those arriving internationally, depending on the time of day, there will be more time to wait,” said Anna-Sophie Hamel.

The federal government currently plans to allow vaccinated visitors from countries other than the United States to come to Canada from September 7 for unwanted reasons.