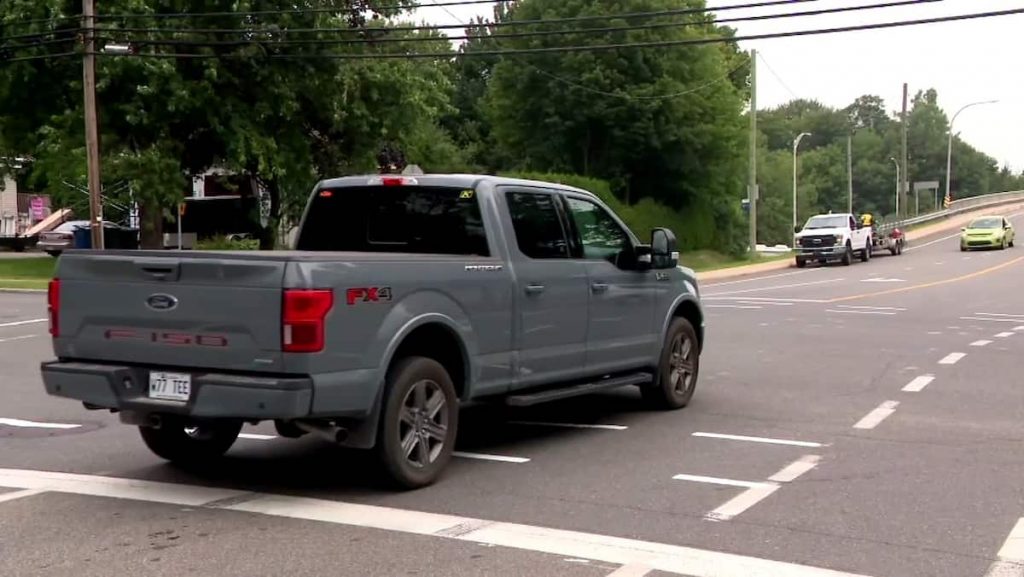 Ford F-150 pickup trucks became popular not only by the population but also by thieves, two of whose vehicles were stolen in the weekend of August 7 in Trois-Rivieres.

Criminals are prudent and careful. They did not leave a trace of theft, only a bad surprise to the owners in the morning.

“I wonder where I am [le véhicule]. Isn’t it a bad joke that they play on me, “said Michelle Letarte, one of the victims. His keys were still in his house and indicated that his vehicle was still locked.

The other victim, who was away from the first victim, only saw his vehicle coming out of its driveway, around 4:40 p.m. Police were then called from the two citizens.

These criminals were not only caught in Trois-Rivieres. According to Trois-Riviers Police Public Relations Sergeant Luke Mongrain, this is a national trend.

“After verifications, we realized that all cities in Quebec are subject to this type of theft,” Mr Mongrain said.

The sergeant reported that some of the stolen vehicles had been found in the port of Montreal and that he knew they were ready to be transported abroad.

Everyone agrees that the demand for the Ford F-150 exceeds the supply, which can lead to the vehicle being targeted by thieves.

According to Charlene Gauthier, director of Ford dealerships in Trois-Rivieres, it is difficult to get this type of pickup before 2022 due to delays from manufacturers.

Disappointing situation according to Michel Letarte, because it was not only the stolen vehicle, but all the contents of it, its personal effects and even its trailer. It’s time for victims to invest in fixing things.

“I spent a whole day at the‘ dealer ’,” Letarte commented.

At Trois-Rivieres, the Ford dealership already has a new security system to deal with criminals after several thefts and vandalisms.

Surveillance cameras covering the entire yard operate 24 hours a day. Entering the yard outside the dealer’s opening hours is now prohibited, with a director assuring the director that the person on the external monitor will communicate with intruders.

“As thefts have increased we have no choice. A person from an outside company will leave the person and ask him to come back at opening hours. If the person refuses, unfortunately, the company will call the police,” she said.

To prevent vehicle thefts, Trois-Riviers police posted some advice on their Facebook page, including parking the vehicle in a garage or well-lit area.