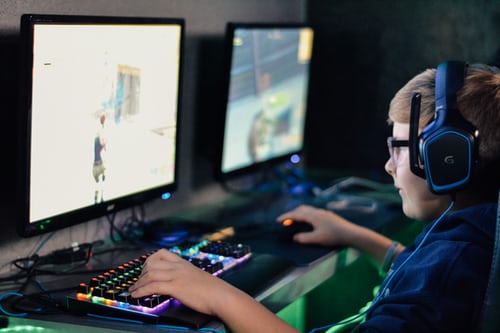 When Adobe stopped supporting Flash, many were concerned that browser games would cease to exist. While it is true that many of the original browser games are no longer playable without downloading extensions that mimic Flash, browser games have survived and even thrived due in part to the communities of players that love them.

Browser games are simpler than traditional PC or console games and have more in common with mobile games. Perhaps this similarity is why browser games have survived so well – people enjoy having a basic game to play when they have a few spare minutes (or need a little procrastination break from work!). Since browser games do not require space on your hard drive, they can be played on even very basic systems and do not demand the elaborate gaming setups that most modern games require.

Most browser games are created by independent designers and programmers who don’t have the support of a large studio behind them. Anyone who has a bit of coding knowledge and an idea can make and release a browser game. This has led to a huge variety of games – some more traditional, others wildly experimental. Browser games are often offered for free or for a small fee paid to the artists and coders involved. As recouping the costs traditionally associated with releasing a video game through a studio is not a factor, designers can make anything they want.

Since there is rarely much of a financial element to these games, they are incredibly accessible. Games are posted on multiple websites and are easy to find. Unfortunately, the lack of oversight does mean that some of the games produced are graphically violent or feature problematic themes. But the majority of games are just simple fun.

Possibly the biggest group keeping browser games alive and relevant are the ‘nostalgics’ – people who remember the glory days of Flash browser games and want to preserve the browser game tradition. This could be those of us who love a good run on a tower defense game now and then, or those who are so devoted to rescuing Flash games from obsolescence that they recreate them using HTML5.

This group also includes those who believe that browser games are culturally important because of their accessibility. Unlike console games that require expensive setups and systems that regularly need to be updated, browser games can be played by anyone with an internet connection. The group also believes that the independence and creativity that browser game developers are able to display is important because it prevents games from becoming too repetitive and allows new ideas to flourish. Playing browser games and supporting the developers who make them helps them to survive.

Some of the earliest and most common kinds of browser games were card games, particularly solitaire and its variations. Browser card games are very popular across all demographics – it’s hard to find someone who’s never killed a bit of time by playing a hand or two of Solitaire or FreeCell. Many online slot machine games also have the same feel and simplicity of traditional browser games. They are easy to play and often have very interesting and engaging graphics. The independence that browser game developers have allows them to create a huge variety of slot machine games, so that just like with other browser games, there is a game that will appeal to everyone. Mr Green casino online, for example, has close to 1,000 different slot games, ranging from adventure games such as Vikings Go Berzerk and Ninja Magic to games inspired by movies like Jurassic Park and Terminator, and even some games that are impossible to classify, such as Machine Gun Unicorn and Astro Pug.

One of the main audiences for browser games is social network gamers. While many of these games have now been adapted to work as mobile games, many social gamers still enjoy playing the original games. Perhaps the most popular of these was Zynga’s Farmville, a farming simulator that at its peak had over 80 million monthly active users. As Farmville ran on Adobe Flash, it has sadly been discontinued, however, its sequel is on the way and users who played from its release in 2009 must be eagerly awaiting the day that they can return to tending the crops on their homestead.

Browser games hold a special place in many people’s hearts, since they are often the first computer games that people remember playing. Their simplicity and creativity make them memorable and engaging, allowing anyone to feel like a real gamer.