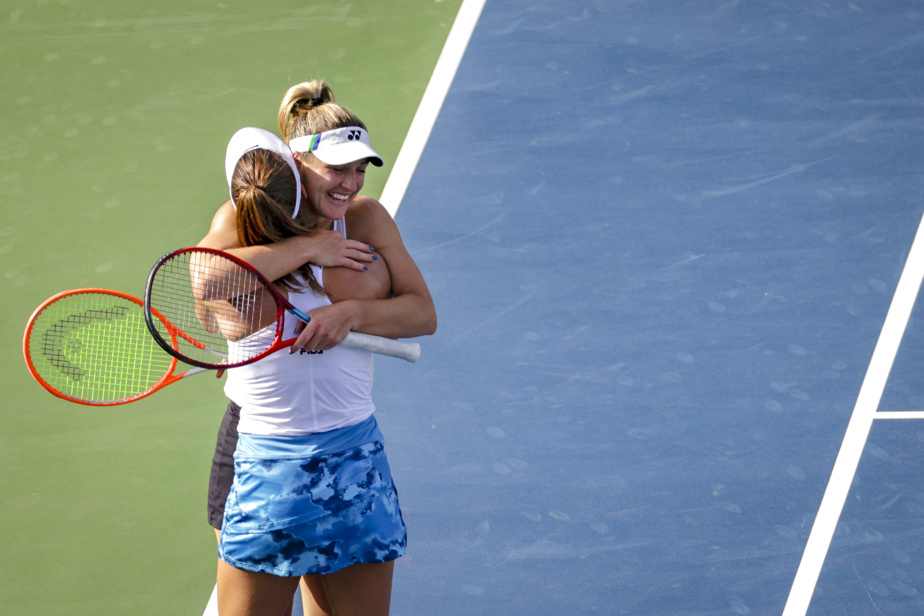 (Montreal) For the second week in a row, Canadian Gabriela Dabrowski and Brazilian Louisa Stephanie dated Croatian Warija Jurak and Slovenian Andreja Klepak in the WTA doubles tournament final. This time it was Dabrowski and Stephanie’s turn to celebrate.

The fifth-seeded, Dabrowski and Stephanie duo needed 68 minutes to win, just 6-3, 6-4 in the final game of their third tournament, the Tennis Open. National Bank, Sunday at IGA Stadium.

Facing the sixth seed, Dabrowski and Stephanie combined to record two chances as well as three chances in six innings. They failed only once in their service, even in the second set.

Stephanie ended the duel with four unanswered points in her service.

“We learned a lot from last week’s final and were able to put into practice the strategic changes needed to turn the game in our favor. We did very well,” Dabrowski analyzed.

“We’re doing better in each of our games here and we’re focused on what to do. In the end, it paid dividends.”

In addition to losing in the final last Sunday, Dabrowski and Stephanie reached the final of the tournament in October 2020 in Ostrava, Czech Republic.

There they lost again, beating Belarusian Arina Sabalenka and Belgian Ellis Mertens, two players who lost on Friday in the quarterfinals.

They will play together again in the Cincinnati tournament starting Monday and also paired up at the US Open starting on August 30.

Dabrowski, 29, of Ottawa, holds the tenth career doubles title, but first since May 2019.

She and Xu Yifan of China defeated Canadian Sharon Fitchman and American Nicole Melicher at the Nuremberg Tournament.

“I win an average of one tournament a year. I spent a lot of time experiencing minor droughts because it’s a little frustrating,” Dabrowski noted.

This is tennis. Sometimes your opponents are playing better than you and are smarter than you and things don’t go in the direction you expect. This does not mean that you are doing very bad things; This means that your time has not come.

On Sunday, that moment reached Montreal, in front of an audience that could access the center court.

“It’s a lot of fun to play in front of Canadian tennis fans. For me, it’s closer to the” home “tournament because we do not have it in Ottawa.”

“I really enjoyed the time spent here, especially last night (Saturday) and tonight we had to play on center court, and the audience was there. Fun.”