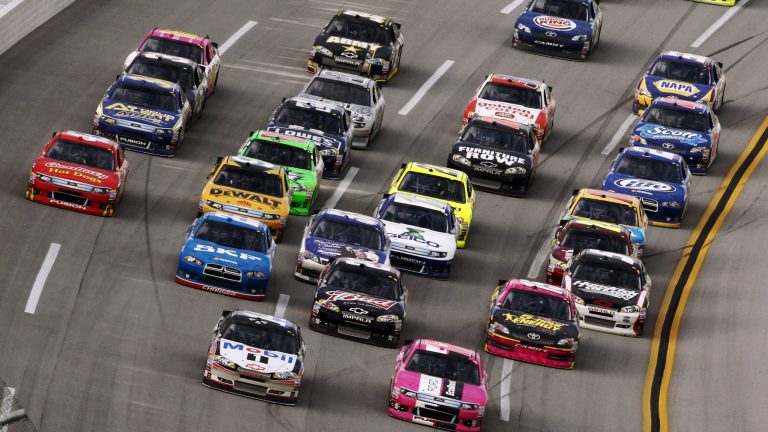 Motorsports has a vast audience worldwide, and what is Formula 1 globally is NASCAR for America. Despite huge ratings, a costly enterprise runs on sponsorship money. Yes, sponsors, that’s right! Many people and brands worldwide can invest significant dollars to get their incredible logos slashed on the NASCAR race cars. Why? Sponsors support racing to get their brands across worldwide audiences.

But what makes this publicity stunt pretty goofy is that almost anyone with big money and willingness to dig deeper into their pockets can sponsor. Sponsor the most unsuitable content that is nowhere related to NASCAR or car racing. True fans watch the races religiously, and many of them visit the sportsbook lobby under this link to check odds, and they inevitably look at the sponsor’s advertisement. In terms of betting on NASCAR racing, it gets unpredictable to set the true odds for yourself, and sometimes even the best out there get it wrong.

Can you imagine a diaper rash remedy slashed over a NASCAR motor vehicle? Well, that is what exactly happened in 2008. The “BUTT PASTE” was visible on the rear quarter panels. The logo has giant red lettering with the cutest cartoon baby. It was indeed one of the weirdest ideas to get all mothers in the audience to get their cranky babies an excellent diaper rash remedy.

Who thought an erectile dysfunction drug could be a sponsor of NASCAR’s motorcar? Well, one of the biggest pharmaceutical giants has even made that possible. Viagra entered into a sponsorship with NASCAR during its premier series that took place in the 2000s. It was there flashing wildly on the NASCAR sportscar for over five long years. Thanks for the innovative publicity stunt, Viagra. Many racing car fans might have knocked on your door throughout the series, asking for more.

Keeping up with Kim Kardashian Fragrance

Kim didn’t want to be behind in the weirdest NASCAR sponsors list, and in March 2010, we saw a pink car on the track. The historical pink car slamming about Kim’s latest fragrance became quite a widespread phenomenon back in time. Mike Bliss was the sportscar driver, and he finished the race as the 40th player. It must not have been easy for her to accept finishing the race that late but imagine Kanye West in her place.

The pre-cooked and canned meat delight, Spam, also made it to the NASCAR racecourse. The logo of the famous delight food appeared on number 9 NASCAR back in 1995. That’s probably one of the most nauseous and weirdest sponsors that NASCAR has got in its half-century-long existence. Well, you will be amazed to know that Spam was sponsored more than once by NASCAR. The food brand made it back to NASCAR in 1997, supporting the Number 91, Mike Wallace. The Tonight Show and Esquire Magazine made a special mention for this investment because it was way too historical.