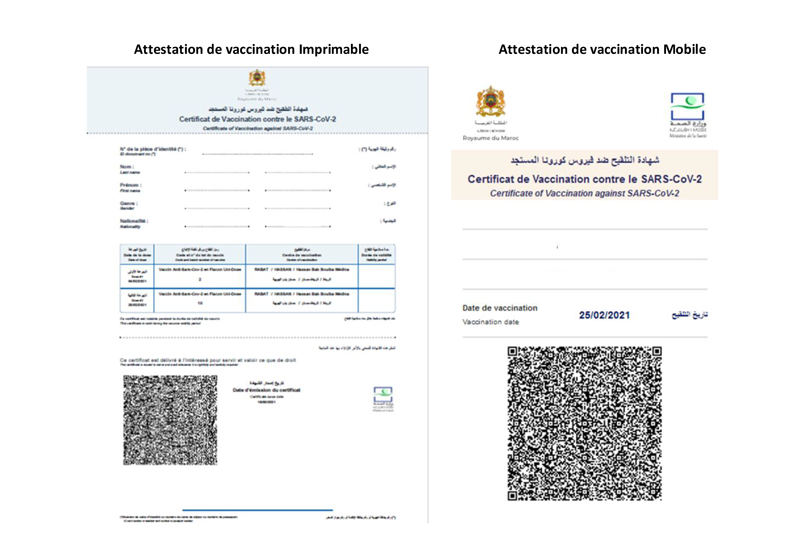 Appearing on 2M’s French language news broadcast, Dr. Tayeb Hamdi, a researcher in health policies and systems, confirmed that the goal of extending the vaccine pass is not only to limit people’s freedom, but also to stop the spread of the virus.

“In my opinion, there should be a responsibility to vaccinate,” the researcher argued. “It must be the rule, especially among the front-line health and education professionals,” he concluded, concluding that we are moving towards the responsibility of health pass at the planetary level.

Same story on the channel’s Arabic speaking JT set. Speaking live via Skype, Professor Azadin Ibrahimi, director of the biotechnology laboratory at Rabat’s Faculty of Medicine and Pharmacy and a member of the Scientific and Technical Committee on Vaccines, stressed the need to initiate a discussion on the extension of use. Vaccine pass.

According to the professor, the 21st century is experiencing many health crises. Therefore, it is necessary to start a discussion now on the concepts of democracy, justice and above all freedom.

“Freedom where some stop where the freedom of others begins”, The unvaccinated person weakens the health of the population and violates their freedom. For Azadin Ibrahimi, another concept of a welfare state comes into play.

“State must ensure health security for all citizens” He said before pointing it out ⁇ This discussion is healthy. It started in other countries before us and freedom ends where the freedom of others begins. “.

To conclude, the professor was of the opinion that the state should intervene and legislate on the issue of extension of the use of the vaccine pass, because “General interest of the country” Justifies these actions.