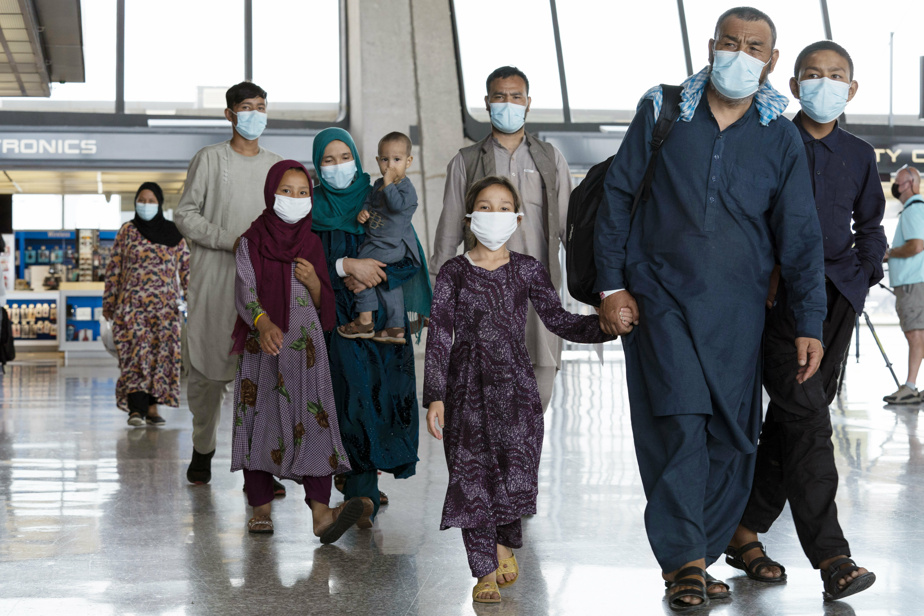 (Washington) “My two children are in Afghanistan and I could not hold back Shima’s tears. Like dozens of other Afghan nationals, she is now safe in the United States, but desperate to keep her daughters under Taliban control in Kabul.

“My daughters are in Afghanistan and I am in America,” the 30-year-old mother landed with her husband at the Dallas airport near Washington on Monday.

On her mobile phone, she shows a photo of two girls, ages 6 and 10, taking her and her husband to a lodge near the airport before boarding the bus.

Since midnight, several dozen civilians have been evacuated from Afghanistan alone or with their families, landing near the federal capital as part of a global airlift.

In Kabul, people fleeing the country – American citizens, Afghans who have served in the military, with government or foreign forces – lived in chaos and fear last week, trapped between Taliban checkposts and American barbed wire at the airport before finally being evacuated by plane.

“At the airport, it’s very dangerous,” an American resident named John went to Afghanistan to see his family, he told AFP.

“There are a lot of people, everyone is trying to leave the country for different reasons because they wanted to be safe,” the 21-year-old explained.

The Taliban have promised not to retaliate against their former enemies, but according to a group of experts working for the UN, Kabul’s new masters have “priority lists” of Afghans.

Romal Haiderzada was one of the citizens who feared for his life.

“We worked with American soldiers (American Air Base) in Bagram, so we are not safe,” the 27-year-old explained in Afghanistan.

Holding a Special Immigration Visa (SIV), he crossed American bases in Qatar at Dallas Airport near Washington and then landed in Germany.

He thanked the US government for “finding solutions to people with problems and making them feel better and safer”.

They can settle in the United States with the support of local immigration agencies.

Nearly 16,000 people have been evacuated from Afghanistan via Kabul airport in the past 24 hours, the Pentagon said Monday, accelerating operations as the August 31 deadline approaches.

In all, 42,000 people have been evacuated from Afghanistan since July, and 14,000, including 37,000, since the intensification of air evacuations on August 14, the day before the Taliban captured Kabul, a defense ministry spokesman said. John Kirby.

The Pentagon said on Monday that it aims to withdraw all U.S. forces from Kabul by August 31, although President Joe Biden opened on Sunday the possibility of extending the U.S. military presence beyond that date.