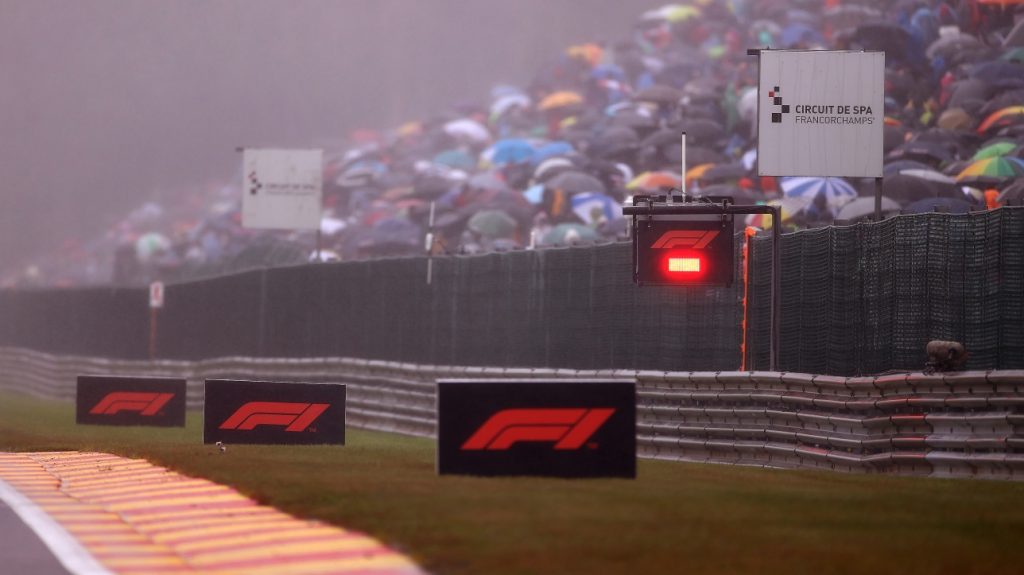 SPA -FRANCORCHAMPS, BELGIUM – The start of the Formula 1 Belgian Grand Prix has been postponed as it has become too dangerous to start on Sunday due to heavy rain for hours.

The red flag was issued after 3:30 p.m., the 7km circuit was completely wet.

The initial signal is given at 3:00 pm, but in both cases it is 25 minutes late.

Stained fans, gathered under large umbrellas, waiting for the worst rain to pass.

When pilots started their training laps, many complained.

“I can not see anything,” said Louis Hamilton of Mercedes.

The decision to discontinue the start was made a few moments later.

His teammate Sergio Perez slipped off the track during warm-up, causing damage to his front suspension.