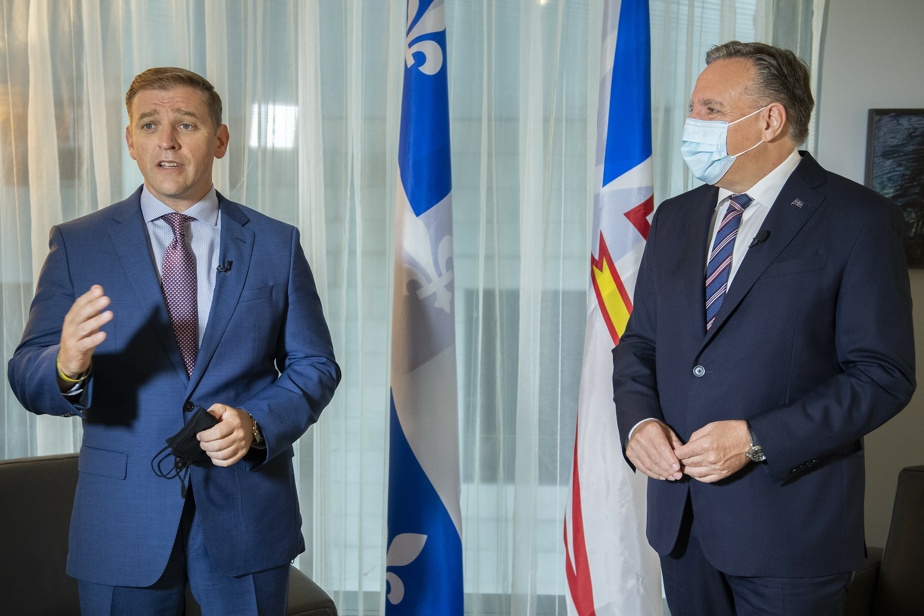 (Montreal) Premier Franకోois Legalt met with his colleague Andrew Fury from Newfoundland and Labrador to discuss hydropower in Montreal on Monday, among other things.


The two met each other for the first time. They discussed the various opportunities available to them in the energy sector, without entering into formal negotiations.

After leaving the meeting, Premier Fury told reporters that he understood that some people living in his state were reluctant to consider an alliance with Quebec on hydropower.

“I can already imagine people dusting off their keyboards to write scary messages after this encounter. Labradors, ”Fury told reporters at a virtual conference after the meeting.

The two provinces had already tried to strike in 1969 during a partnership between the Hydro-Quebec and Churchill Falls projects. However, the deal is still angry in Newfoundland and Labrador, where many see it as “unfair” and “unfavorable”.

The deal, which has brought Quebec nearly $ 28 billion in profits so far against just $ 2 billion for Newfoundland and Labrador, is still in force and has withstood numerous court challenges.

The meeting took place a few days after some media reported that a deal had been struck in the Churchill Falls case, in which Hydro-Quebec would have to pay $ 25 million to its neighboring province.

When asked about Mr Legalt’s response to the deal, Mr Fury said, “As a Quebec premier, his opponent” clearly represents the interests of Cubans.

“However, I think we agree that this is not a very balanced agreement,” he said.

On Monday, the Premier Legalt office said in an email that the province would continue to “work with Newfoundland to provide energy opportunities”. “We are partners. Our vision is ambitious: turning Quebec into a Northeast American battery,” we said, “and the Prime Minister should not comment on private meetings.”

Concerns arose in Newfoundland and Labrador in May that a scenario similar to the 1969 agreement would be repeated, with the Premier Fury’s economic stimulus group recommending the sale of hydroelectric resources in the province, including Churchill Falls, to the highest bidder.

Mr Fury recalled that Churchill Falls facilities belonged to his province and that when the agreement with Hydro-Quebec expired in 2041, Newfoundland and Labrador would be the main operators.

Another controversy is whether the Muscat Falls hydroelectric project has fueled debate ahead of the start of the current federal election campaign.

A few weeks before the call for federal elections, Prime Minister Justin Trudeau announced in principle an agreement with Newfoundland and Labrador to provide $ 5.2 billion in new federal assistance to help cover the costs of its Muscat hydropower project. The waterfall rose 77% in 2012 its announcement.

Black Quebecois, PLQ and PQ denounced these federal funds, which they considered unfair competition to Hydro-Quebec.

However, the Prime Minister’s Office did not say whether the Muscat Falls project was discussed at the meeting.