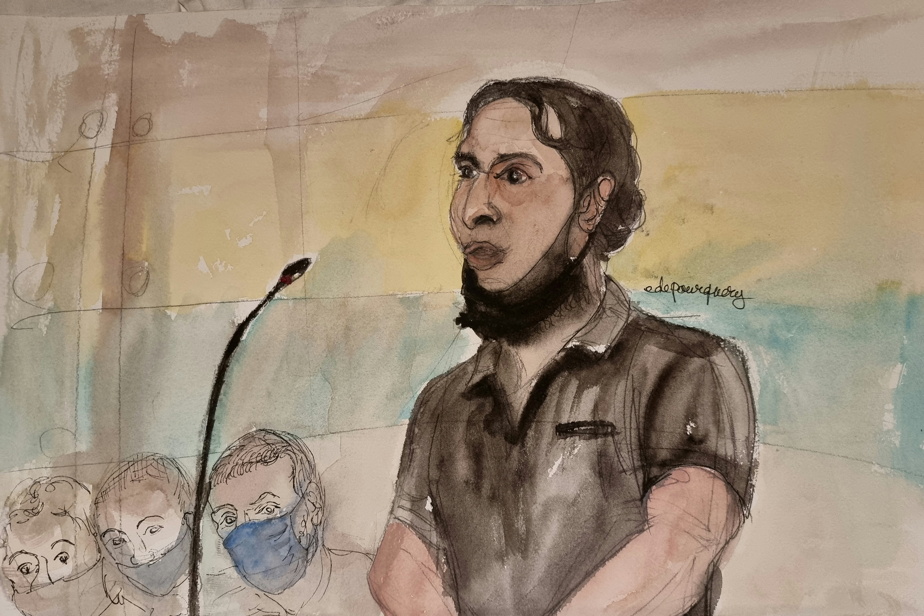 (Paris) “We attacked France, targeting population and civilians, but nothing personal,” said Salah Abdeslam, the main accused in the November 13, 2015 attacks trial at the beginning of the conference. Paris.


“The goal is to be honest, not to stab a wound,” he said in a calm tone, assuring that the attacks were in response to “the Islamic State’s French bombings.”

The President of the Special Assessment Court allowed the 14 respondents present to make a “sudden statement”, a “brief” on the charges against them.

A leaden silence reigned in the great courtroom as the accused spoke at the microphone.

Salah Abdeslam, the only surviving member of the commandos who killed 130 people in Saint-Denis and Paris, was the last to speak.

“Hello everyone. What should I start with?”

The black mask was draped over his cropped beard, dark T-shirt and dark wool jacket on his back, and Salah Abdeslam spoke for almost five minutes, confirming the fact that “Muslims” were “radicalized” to confirm who we meant to be in the audience. ” Authentic Islam, “he argued.

“At least to tell the truth, I’m often said to be provocative, but it’s not true, I just want to be honest,” said Salah Abdeslam, 32, this Wednesday.

READ  Brazil | There will be no rebellion, Zaire Bolsonaro assured

On the benches of the civil parties, some began to cry, others supported each other, while others still prostrated, blaming the blow.