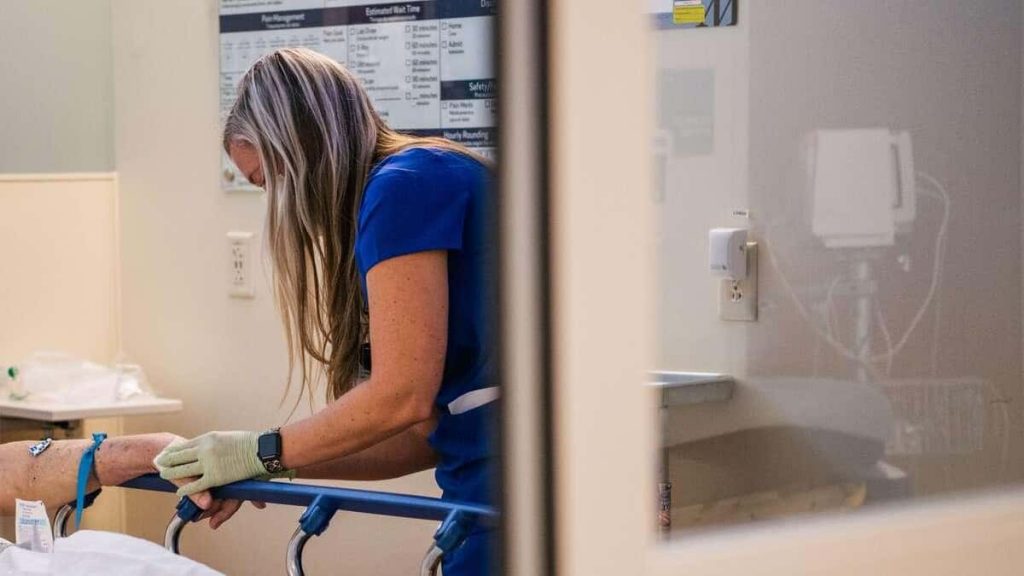 The Minister of Health and Social Services, Christian Dubey, during a visit to Lavis on Friday, urged people who have not yet been vaccinated to prevent the system from becoming congested.

“Currently, what I am still looking at is the hospital situation. This is far less than the absolute number of cases,” the minister confirmed.

Of the 37 new hospitals, 16 in intensive care, including those with 100% admission, have not been adequately vaccinated.

Vaccines limit the pressure on our hospitals. You should continue to get your 2 doses. Vaccination is not too late. https://t.co/ONiez3JF0B pic.twitter.com/zCjtsof8sL

About Beauce, who has seen a significant increase in new cases, Mr. Dubey Quebec regions and

Chowdhury-Appalachians “have shown for months that we can handle the situation.”

In April, at the height of the third wave, Health Minister Buserans said they had tough heads and it was sometimes difficult to convince them.

On Thursday, 58 new cases were confirmed in the Chowder-Appalachians, 15 more cases than on Wednesday. There were four hospitalizations, but none in intensive care.

The number of new cases in Capital-National has decreased. During the same period it increased from 30 to 25. As of Thursday, two people were in the hospital and one was in intensive care.

Mr Dubey was in Lowis on Friday to confirm the $ 375 million project for the expansion and redevelopment of the operating room and endoscopic unit at Hotel-Diu.

Work is scheduled to begin in the winter of 2024. The new campus will be ready from 2027. Announced in 2018, the project is primarily run by the Ministry of Health and Social Services and is supported by the Foundation Hotel- Du de Lewis at $ 13.4 million.

“Investing in infrastructure helps to attract and retain staff. For me, it is important to be able to do both at once,” Mr Dubey said.

A new 37,900 square meter building will be constructed in front of the hospital. Multi-level parking will be integrated into the new infrastructure.