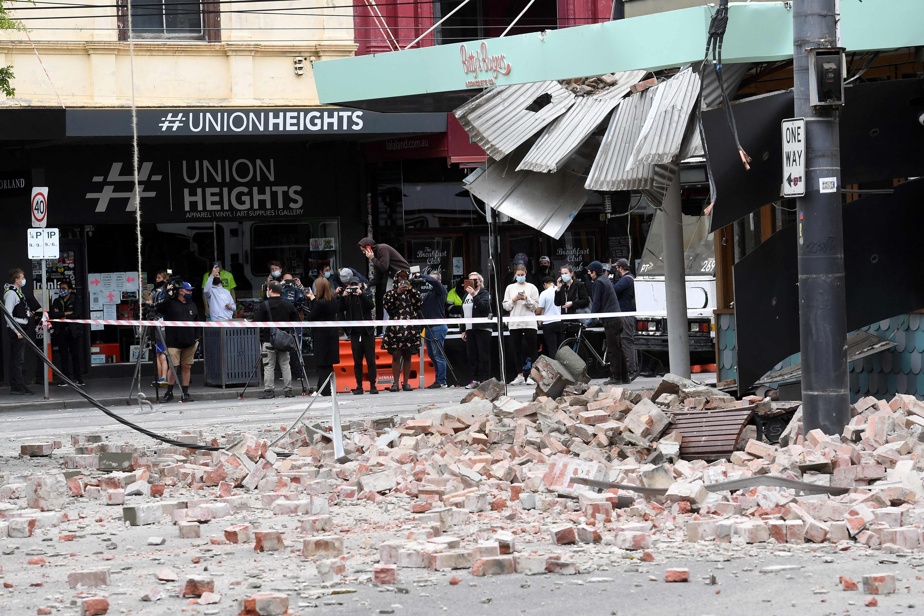 (Melbourne) A magnitude 5.9 earthquake shook southeastern Australia on Wednesday, shaking buildings in Melbourne and causing panic in an area unfamiliar with earthquakes.


The quake, which struck at a depth of just ten kilometers, shocked residents of Australia’s second-largest city at 9:00 am (23:00 GMT) and was hundreds of miles away.

There were calls for help from rescue services to Dubbo, 700 kilometers from the epicenter.

The size was 5.8 before the United States Institute for Geological Studies (USGS) revised it to 5.9.

Most of the Melbourne residents, by the time of the quake, had been confined for eight weeks.

Among them was Zum Phim, 33, owner of the Melbourne Open Cafe, who took to the streets when the quake struck.

“The whole building is shaking.” All the windows, the glass are shaking, like a shaking wave, ”he told AFP.

“I never experienced it. It was a little scary,” he said.

Prime Minister Scott Morrison, responding from New York, stressed that no casualties or significant damage had been reported.

However, in an area not used for tremors such as Australia, he admitted the “very disturbing” side of the quake for the population.

“Everything started to shake … everyone was a little shocked,” 30-year-old cafe worker Parker Mayo told AFP, while pictures of the Chapel Street shopping area showing bricks falling to the ground.

Shortly after the first quake, a magnitude 4 earthquake shook the region.

“I was sitting at work at my desk … it took me a while to figure out what it was,” Mark Holcombe, the mayor of Mansfield near the epicenter, told ABC.

It was the largest earthquake in southeastern Australia in years, University of Melbourne geologist Mike Sandiford told AFP.

Earthquakes of this magnitude occur every 10 to 20 years in southeastern Australia, the last being Thorpedale in 2012, he said.

“We had a very large size six in the late 1800s, but the exact sizes are not well known,” he says.

The scientist warned Australians that “several hundred tremors, most invisible to humans, but perhaps a dozen,” could cause “billions of dollars in damage”. If the earthquake occurred “in Melbourne”.

The task of repairing the damage through control and ongoing protests is complex.

Hundreds of people wearing work shoes and construction jackets flocked to central Melbourne on Wednesday to protest the mandatory vaccination of construction workers as most construction sites in the city were suddenly closed.

Police in riot gear stormed a rally on Tuesday, removing hundreds of protesters by truck.