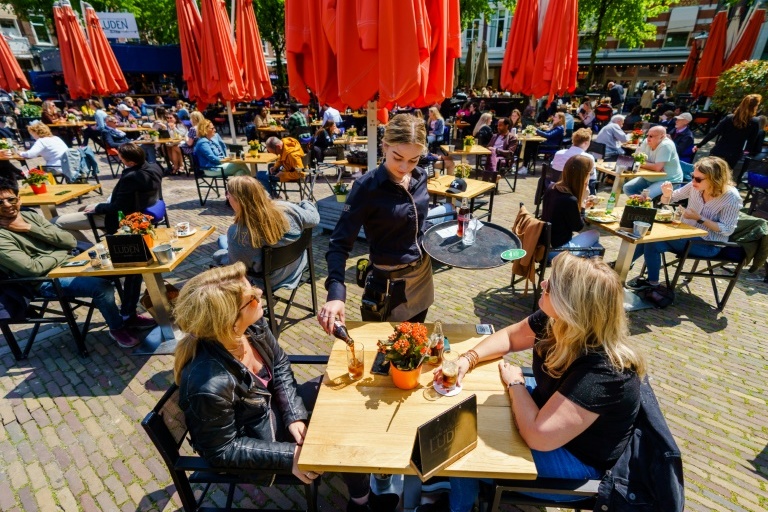 (Hague) If customers of Dutch cafes do not need to provide a health passport while having a drink or dining on the terrace, they will soon have to do so to use the toilet, the health minister announced on Monday.


Dutch authorities last week eased restrictions on COVID-19, including the expiration of the physical distance rule, but announced that bars, restaurants and cafes would be introducing health passports for festive occasions.

Those who want to enjoy a meal or drink outside are required to show his passport to use the company’s toilets, except for the one voted by Parliament.

“If you want to use the toilet, you have to show your QR code,” Health Minister Hugo de Jong told Public Radio NOS.

In the Netherlands, a QR code certifying that a person has been vaccinated is mandatory from the age of 13.

Last week, however, Dutch Prime Minister Mark Rutte said it was not a good idea to give an exemption to customers sitting outside because people must pay bills or even go to the bathroom.

“It starts to rain too and everyone wants to go inside,” Rutte said.

“The government wants the health passport to be everywhere in the hotel sector,” Rinske Wyman, a spokeswoman for the Ministry of Health, told AFP.

“It’s not about hurting people, they want more freedom. Unfortunately, there are no limits to these freedoms,” she added.