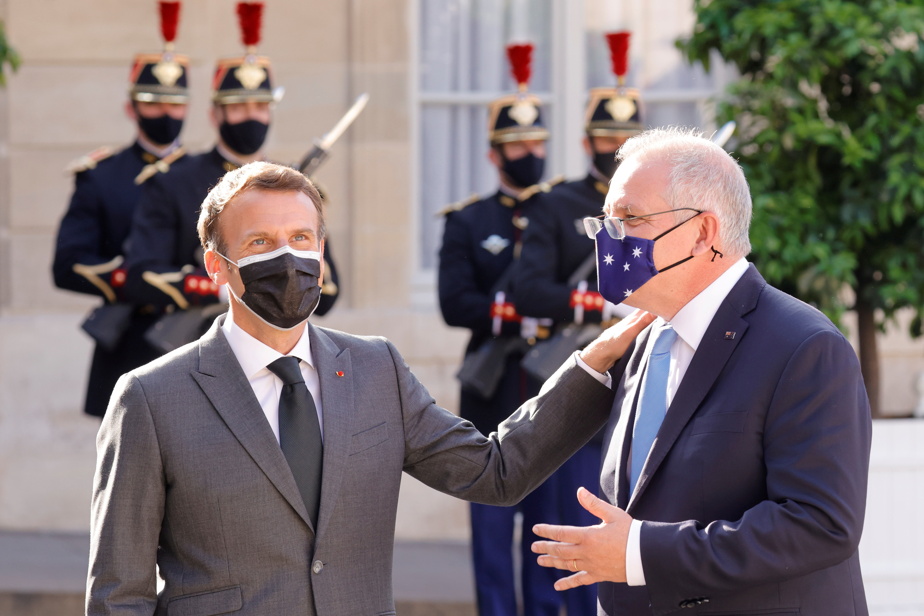 (Sydney) The Australian Prime Minister on Wednesday evening acknowledged that French President Emmanuel Macron was giving him a hard time after the deal with the submarines was broken, but Scott Morrison promised to be “patient” in restoring relations with France.


Speaking in Washington in the evening, Mr. Morrison explained that he had tried to reach out to Mr. Macron but that the interview “had not yet taken place”.

“But we will be patient. We understand their frustration,” Mr Morrison assured, citing Australia’s agreement to buy twelve French submarines with a traditional propulsion of 90 billion Australian dollars (83 billion CAD dollars) without warning.

At the same time as violating the treaty, Australia announced that it had seized at least eight American or British nuclear-powered submarines, which angered Paris.

In retaliation, France canceled France’s Franco-American relations in Washington and recalled its ambassadors to Washington and Canberra, accusing the two countries of “pushing it back.”

The U.S. and French presidents tried to ease tensions in a 30-minute phone interview, which Joe Biden described amicably, but nothing like that had happened with Morrison.

France plans to bring back its ambassador to Washington next week, but has not given a date for a similar move in Canberra.

“Australia has decided not to pursue a very important defense agreement. And we know that France is disappointed with this decision, which is understandable,” Mr Morrison said.

“I think it will take longer to resolve these issues than they have resolved between the United States and France.”