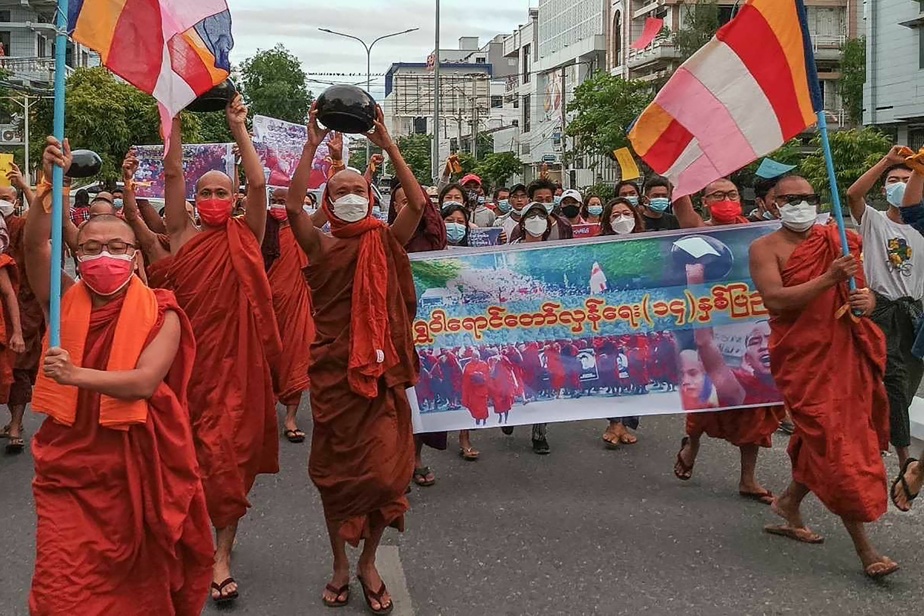 (Yangon) Dozens of pro-democracy Buddhist monks took to the streets on Saturday in Burma’s second city, Mandalay, to protest a military coup on the 14th.E Anniversary of the “Saffron Revolution”.


Burma has been in turmoil since the military overthrew Aung San Suu Kyi’s civilian government in February, ending a 10-year democratic break.

Generals carry out bloody repression on opponents. According to a local NGO for the Political Prisoners Association (AAPP), more than 1,100 civilians have been killed and 8,400 arrested.

But this year the uprising has created controversy in the monastic community, with some prominent clergy blessing the generals while others supporting the protesters.

On Saturday, dozens of monks dressed in their orange or red robes marched through the country’s religious capital, Mandalay, with flags and banners.

“The monks who love the truth stand by the people,” an official told AFP.

The monks called for the release of political prisoners, including members of Aung San Suu Kyi’s political party, which won a landslide victory in last November’s election.

“We have to take the risk […] To protest, because we can be arrested or shot at any time. We are not safe in our monasteries, ”the 35-year-old monk told AFP.

In 2007, Buddhist monks led massive protests across the country against the previous military junta regime, known as the “Saffron Revolution”.

The oppression was so cruel on them that the monks were killed, escaped and imprisoned.