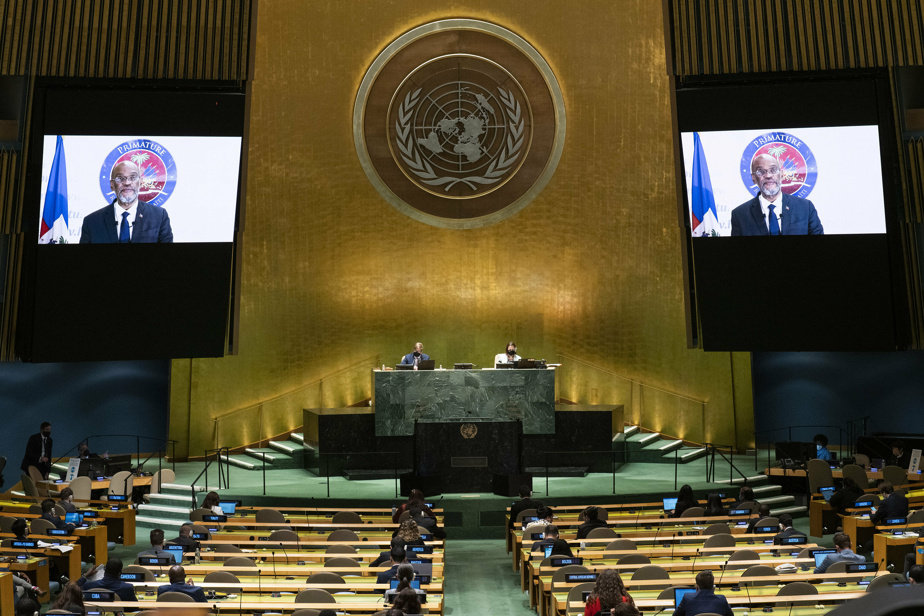 (United Nations) “Migration continues,” Haitian Prime Minister Ariel Henry told the UN General Assembly on Saturday, reminding the United States of the shocking images of Haitian immigration on the U.S. – Mexican border. Thanks to the immigrants.


“In recent days, the pictures of many of my compatriots on the border between Mexico and the United States have treated more than one person,” the Haitian official said in a pre-recorded video speech.

“We believe that many prosperous nations today are built with waves of immigration, unwilling to challenge the sovereign state’s right to restrict the entry of foreigners into their territory, or to repatriate those who have entered their countries illegally,” he said.

Thousands of immigrants, mostly Haitians, have arrived at the border between Mexico and the United States since early September. With this massive influx and the treatment faced by some immigrants, border police members were pushed back as they crossed the river separating the two countries, with criticism pouring in from the Joe Biden administration, who considered the left to be inhumane. Locks on the right.

This problem of immigrants should remind us that humans, fathers and mothers will always flee from poverty and conflict and want to provide better living conditions for their offspring.

“Migration will continue as long as there are prosperous areas on our planet, but most of the world’s population is living with instability, sometimes with no chance of a better, better life,” he says.

According to him, “In order to find a lasting solution to the problem of migration, we must address the root causes of human displacement.” “I invite the international community to urgently strengthen measures to improve living conditions in countries that provide political or economic refugees,” the Haitian Prime Minister began.