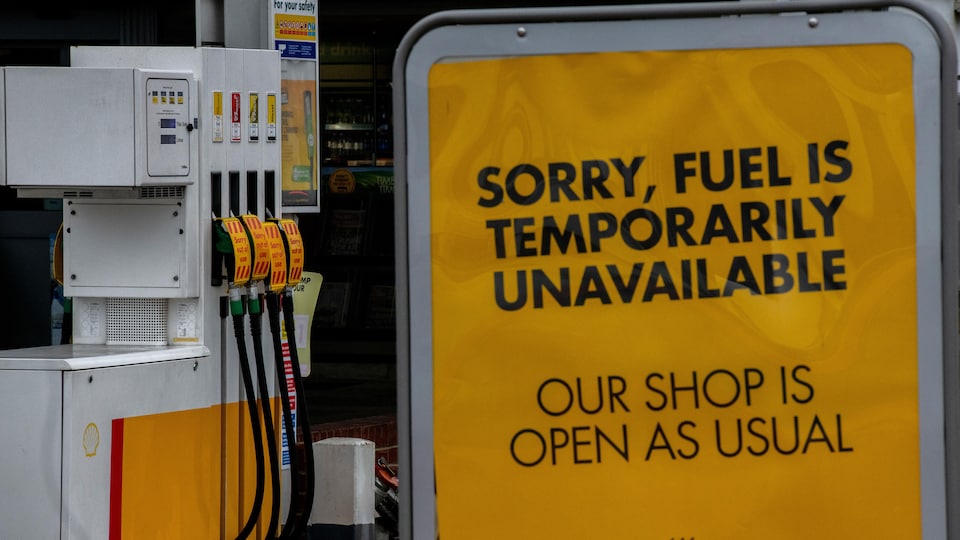 For the third day in a row long lines of vehicles formed in front of the gas stations and some motorists sometimes had to wait for many hours to refuel.

According to oil groups, the shortage of truck drivers makes it harder to get fuel from refineries.

Some operators had to run the ration, while others closed the stations.

He said he ran out of fuel at a petrol station in Grove Park, London.

With the strong demand observed over the past two days, we estimate that approximately 30% of the sites on this network will no longer have major types of fuel., Oil giant BP, which operates 1,200 sites in Britain, said in a statement.

We are working to restore supply as soon as possible, He announced.

Motorists’ fears are mounting as the country faces a number of crises: a global rise in gas prices that is causing fuel companies to go bankrupt, and a relative shortage of carbon dioxide hurting gasoline production. The shortage of meat and truck drivers is sowing chaos in supermarkets by leaving some shelves empty.

Transport Minister Grant Shops had earlier appealed for calm, saying the shortage was due to consumer panic and the problem would eventually resolve itself.

There is enormous fuel, there is no shortage of energy in the country.

Empty shelf at Asda supermarket on Greenwich Peninsula in London.

Therefore people need to behave normally, they need to fill their car tank at normal times so that there are no queues at gas stations and supply is not interrupted., The minister assured.

Grant Shops argued that the shortage of truckers was linked to COVID-19, which prevented the training and licensing of new professionals.

However, some pointed to Brexit and poor working conditions, which frightened foreign drivers.

The government announced on Sunday that it would grant some 10,000 temporary visas for European workers, Half of which are for truck drivers.

The measure, which logistics and distribution groups have been calling for several months, has so far been rejected by the government as being contrary to the promises of Brexit supporters, but experts in the relevant sectors have warned, however, that it is not enough to unblock the situation.

The transport minister publicly questioned the attitude of the road transporters, alleging that he had deliberately created the stalemate.