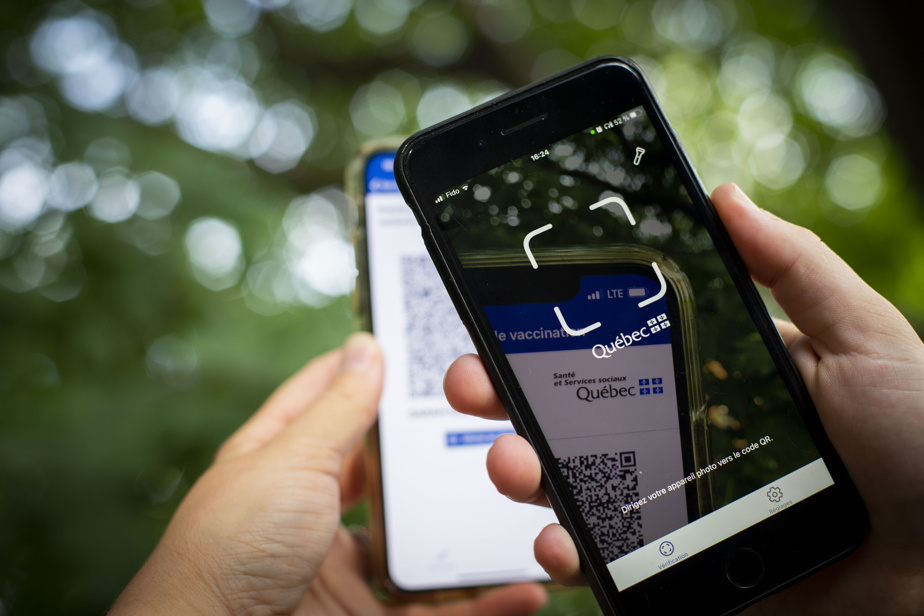 The Ministry of Health and Social Services (MSSS) has called for vigilance against false applications for Quebec vaccine passports, much like a vaccine application.

By making a visual copy of the application VaxiCode, People were able to approve fake apps on the Google Play platform.

“As soon as MSSS became aware of this situation, steps were taken with Google to eliminate duplicate applications as soon as possible,” the statement said.

No integrity or security issues were reported with the official application VaxiCode And VaxiCode Verif. Emphasizes the protection of personal information, MSSS.

“This type of copying of popular applications is a growing problem. Therefore, vigilance must be exercised to ensure that the citizen has downloaded a legitimate official application.”

Citizens should make sure that the application name VaxiCode, Without any other word before or after.

For merchants and business owners, the app name should be perfect VaxiCode Verif, Before or after pronunciation and without any other word.

Let’s remember that VaxiCode And VaxiCode Verif Only ask for permission to access the device’s camera or files and there will be no ads.

Additionally, duplicate applications will not allow you to download your QR code.

The ministry has warned that merchants who use bogus apps and cause them to keep personal information about their customers will face fines.