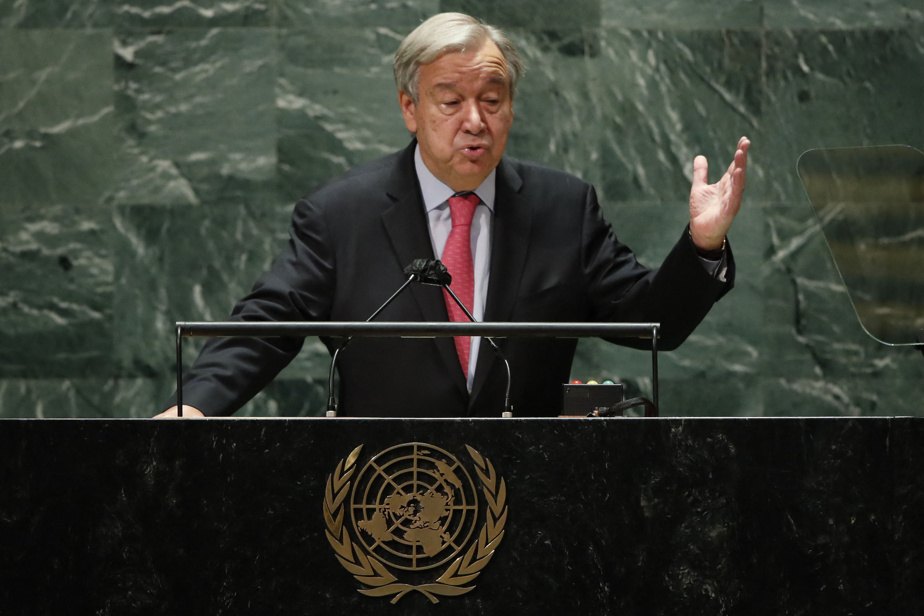 (Milan) The planet’s leaders must choose between “saving our world” or “condemning humanity to a hellish future,” the UN Secretary-General warned on Thursday at a preparatory meeting for COP26 on the atmosphere.


“Only one month before COP26, the most important climate conference from Paris” was agreed in 2015, which aims to limit warming to below + 2 C, preferably +1.5 ° C. Told ministers of several dozen countries.

“I can not put enough pressure because time is running out. Irreversible tipping points are approaching alarmingly,” he said in a UN broadcast text. But “we have enormous power. We can save our world or condemn humanity to a hellish future.”

First, “Get out of the coal”

“Time is running out and clouds continue to accumulate. Failure is an opportunity, but we cannot accept it,” he repeated his call, preferring to get out of the coal.

He also stressed that “climate justice means giving them a habitable planet” when calling on leaders around the world to work faster and stronger.

A few hours earlier, in a message addressed to 400 young people from nearly 200 countries gathered in Milan to inform leaders of their focus on climate change, he encouraged these young men to continue their pressure on governments.

“Young people are at the forefront of providing positive solutions, they want climate justice and leaders need to be considered. We need young people everywhere to have their voices heard,” he told them.

“Your demands for solidarity and action are an example. National leaders must follow your example and ensure that we achieve the ambition and results we need for COP26 and beyond,” he insisted.

Antonio Guterres stressed that the “climate crisis is a red alert for humanity”, echoing what he said when the final report of the UN Meteorological Agency (IPCC) was published in August.

The IPCC has warned against the danger of reaching the limit of +1.5 ° C warming in 2030, ten years earlier than expected.

According to the IPCC, limiting warming to +1.5 ° C compared to the pre-industrial era, the most ambitious goal of the Paris Agreement is to reduce greenhouse gas emissions by 45% by 2030 compared to 2010. Achieve carbon neutrality by 2050.