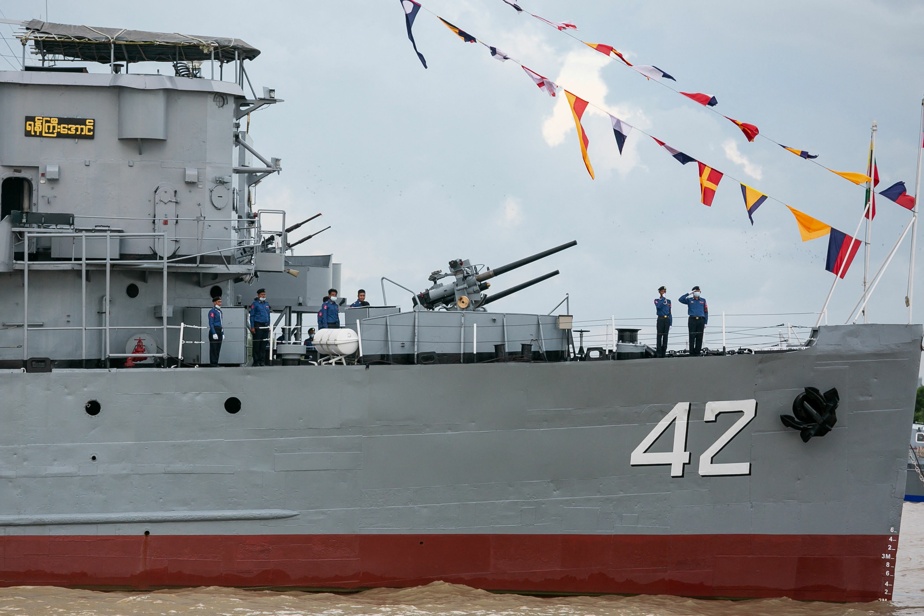 (Geneva) The UN on Friday expressed concern over the deployment of “heavy” forces and heavy weapons in several states in Burma, which has frightened civilians and even deprived them of internet access.


The Office of the High Commissioner for Human Rights has underlined the sending of high-level officials to these areas. “This indicates an increase in the situation,” High Commission spokeswoman Raveena Shamadasa warned during a regular UN press briefing in Geneva.

Deployments of these forces took place “in recent weeks” in the township of Connaught and Haqqa in Chin State, in the towns of Kani and Moniva in the Sagin region, and in the Ganga townships of Magwe State.

“We are particularly concerned about these developments, especially in view of the severity of the military attacks we have seen in these areas, such as the killings, attacks on villages and the burning of houses.”To me Shamadasani.

She said the army used airstrikes and artillery barrages.

She also referred to information about “mass arrests, as well as torture or executions.”

Internet shutdowns – blamed by the ruling regime for the destruction of rival cell towers – prevent “millions of people from communicating and accessing vital information.”

The Southeast Asian nation has been in turmoil since the military overthrew Aung San Suu Kyi’s civilian government in February, leading to massive pro-democracy protests that were suppressed with bloodshed.

Opponents of the junta have set up “Popular Defense Forces” in their communes to counter and in recent weeks have destroyed several relay antennas belonging to the military company Mytel in Chin (western) state.

The High Commission called on the international community to “speak with one voice, to prevent further serious human rights violations against the people of Burma.”

Influential states such as China, whose names are not mentioned, should encourage the military to “reduce tensions, protect civilian lives and property, and guarantee access to humanitarian assistance where necessary.”