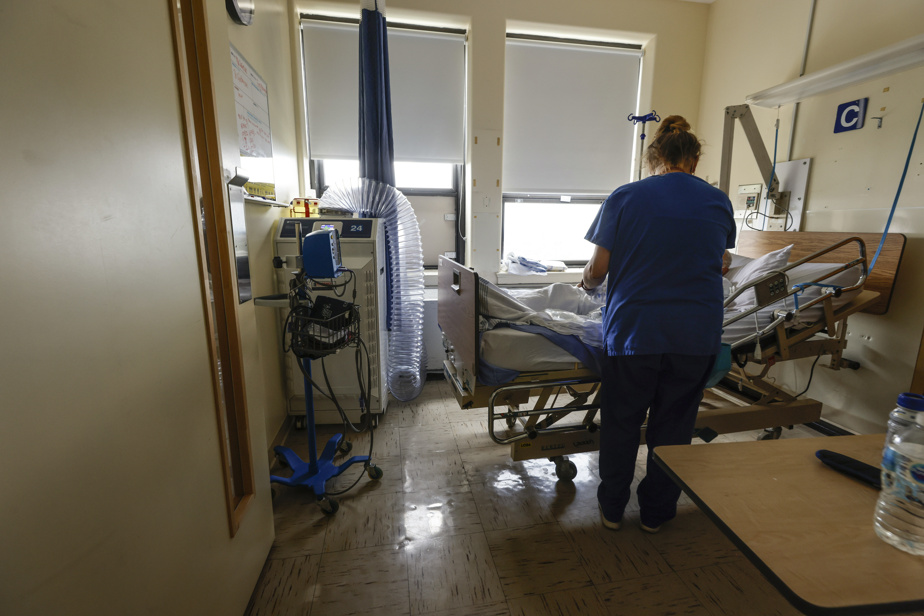 The reduction in the number of Kovid-19 cases in Quebec will make it possible to stabilize the number of hospitalizations in the coming weeks. It is not expected that the pressure on hospitals will decrease immediately, however, as coronavirus infection continues due to the large number of elderly, more vulnerable individuals.

Quebec has observed a decline in the number of new cases of Kovid-19 over the past two and a half weeks. The National Institute of Excellence in Health and Social Services (INESSS) is hoping for stability for the next three weeks, despite the declining number of hospitalizations and deaths in previous waves.

Next week, INESSS expects hospitals to deal with 171 new hospitalizations, including 49 in intensive care, similar to last week.

“We want the number of hospitalizations to be as low as possible because people are waiting for surgery, so we have to give them room. In addition, with the increasing staff shortage from October 15, it is important to reduce stress in the hospital,” D suggested.Back Mary Guy is Professor of Faculty of Medicine and Health Sciences at the University of Sherbrook and Medical Consultant at the Department of Public Health in Monteroge and Medical Consultant at the National Institute of Public Health in Quebec.

To reduce the number of hospitalizations, dBack Guy recalled the importance of the vaccine.

In the Chowderre-Appalachian region, for example, there are many cases, and it is managed by unvaccinated individuals.

The dBack Mary Guy, Professor of Faculty of Medicine and Health Sciences at the University of Sherbrook

Greater Montreal was most affected by the fourth wave

Most of the planned hospitalizations were concentrated in Greater Montreal, which was largely affected by the fourth wave. However, an increase is expected in the Chowdhury-Appalachians and Capital-National areas, where the number of cases is expected to increase. Beauce and Thetford Mines currently have the highest COVID-19 spread rates in the province.

Currently 297 people in Quebec are hospitalized due to Kovid-19, including 88 in intensive care. In a week the trend is down slightly (- 4.5%).

Note that the average age of people in need of hospitalization decreased in the fourth wave. In the first two, patients averaged 72 years. This fall, however, the average age increased to 57 years.

Mortality is on the rise

Due to the stability of the number of hospitalizations, the human population of COVID-19 is expected to continue to grow. Currently, Quebec reports an average of five deaths per day, slightly higher than last week. Since the outbreak, Quebec COVID-19 has killed 11,405 people.

There is also a decrease in the average age of COVID-19 victims. During the first two waves, the average number of people infected with coronavirus is 84 years. They have been 76 years since the start of the fourth wave.

Decreases in average age may be associated with higher vaccine coverage in the elderly.

However, those who are not vaccinated are at high risk. These now show a rate of 190 new cases per million, compared to 24 in people with complete immunity.

To date, 78.5% of cubes have been vaccinated, and 75.4% have been fully vaccinated. “Compared to other countries or other provinces in Canada, we are still lucky in Quebec because we have really good vaccine coverage,” D concluded.Back Guy.

With Alice Girard-Boss With, Tap