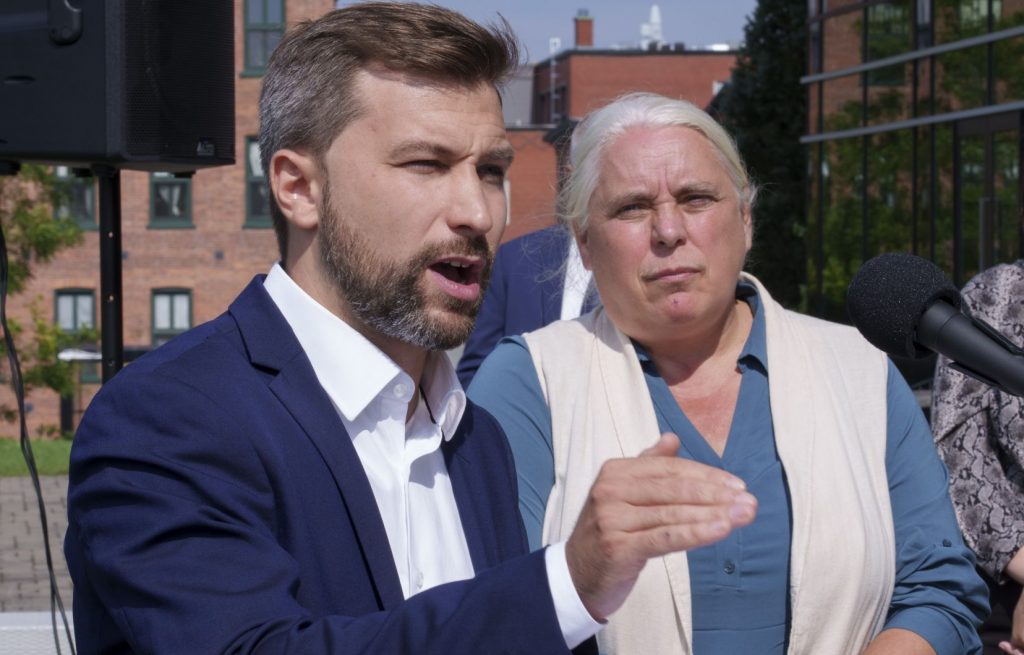 Representatives of Solidarity Quebec (QS) The Huron-Vendet nation refused after it went to Wendake on Friday to demand the passage of a law protecting indigenous languages ​​without consulting major shareholders.

Grand Chef, Romy Vincent, responds to a statement from QS representatives, Manon Mass And Gabriel Nade-Dubois, in a community near Quebec.

“Lack of serious respect for Quebec Solidair to advertise without warning [la nation huronne-wendate], He said Friday In his Twitter feed. Countries do not consult, but languages ​​are our responsibility! “

On his Facebook page, Mr. Vincent emphasized the importance of political parties consulting indigenous countries regarding their culture.

“Only communities or countries have the power to articulate more globally on our languages ​​and all [les] Questions about our cultures, ”he underlined.

Said Grand Chief Adviser Jennifer O’Bomsawin To stay QS did not warn anyone with the intention of going to the bookstore in Ventake on Friday to specifically propose to set up an Indigenous Language House that would play a role similar to that of the Office Quabocois de la Language Franchise (OQLF).

Upon learning of the notice sent to the media for the QS statement, Huron-Wendt provided the country with a fait accompli on Thursday.

“In fact it seemed disrespectful to do so on their own without calling us in advance,” he said.To me O’Bomsawin. An email, a phone call, QS representatives have cell phones for everyone across the country, so they have no need. “

I would not call it a racial alert when called at the last minute.

M.To me O’Bossavin told QS on Thursday that he needed an explanation. “We had to take action to get the information yesterday [jeudi], She related. We just got the information that there will be an ad on Wendake [vendredi], A press release is coming. I would not call it a racial alert when called at the last minute. “

Jennifer O’Bomssavin considers this to be the “supervision” of QS representatives who are generally “great friends”.

“This very cavalier approach to QS surprised us a lot,” she explained. For the project, it should be studied with our language experts. “

Grand Chief Vincent, who is outside the backyard, is in talks with QS representatives to clarify the episode.

On him Twitter feed, MTo me Massey agreed on Friday that QS should move forward differently.

“My office spoke to the Huron-Vendet Nation Council on Thursday about our visit. I should have done this earlier and I apologize to Grand Chief Vincent,” she acknowledged, acknowledging that the problem of vernaculars was the responsibility of the homeland.

According to MTo me O’Bomsawin, the Assembly of First Nations Quebec-Labrador (AFNQL) is also unaware that this statement was planned in a contradictory venture by QS. In contrast, Press Secretary Simon Liret, AFNQL chief, confirmed that Gisline had provided information to Picard.

My office spoke with the Huron-Vendet Nation Council on Thursday about our office. I should have done this before and apologized to Grand Chef Vincent. Thanks again to Daniel and Cassandre Cioi from the Hannenorak Bookstore!

During its announcement, QS called on the government Franకోois Legalt The law to protect indigenous languages ​​was drafted with the cooperation of representatives of native countries.

The political structure proposes special status for indigenous languages ​​as well as the establishment of language rights, especially in public services, where translation should be available.

“When Franకోois Legalt opposes the defense of Quebec for the defense of the native nations, no one will be deceived,” he said in a press release. The Quebec people are in the best position in North America to understand the agony of losing their language and the need to protect it. “

The Minister in charge of Local Affairs, Ian Lafrenier, highlighted the QS statement in Wendy.

“Surprisingly, my colleague Manon Mass is very happy with the proposal, he wrote about it. Twitter feed. We work together for the welfare of indigenous peoples, for the protection and improvement of languages ​​and cultures! “