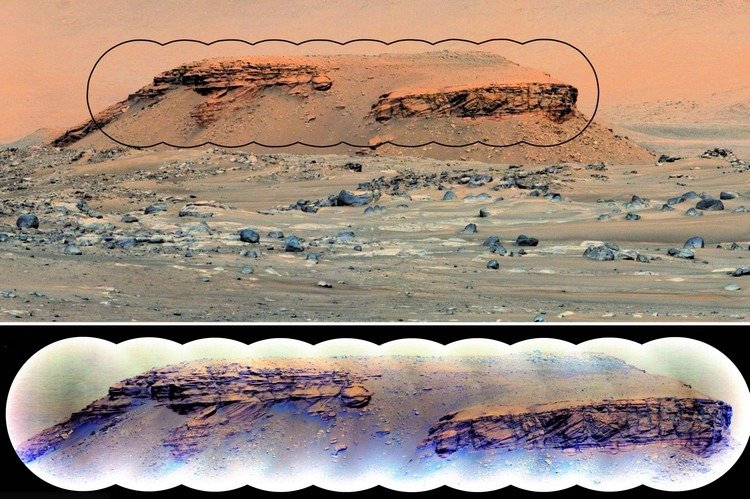 NASA’s Perseverance Rover, which landed on Mars last February, sent the first images confirming the existence of a 3.7 billion year old lake. The images also indicate the best places to look for robotic signatures: chemical landmarks that indicate the existence of a past life form. These are the first observations of French researchers published in the October 7 issue of the journal Science.

Last February, Perseverance Rover landed on the Red Planet, especially the huge crater that scientists call the Zero. Also, the landing on this particular site was not randomly selected. In fact, the appearance of the site as seen on satellite images has been of great interest to geologists, especially since the two valleys cut off the edges of the Martian crater. This suggests that the water system nourishes an ancient lake in Zero. However, nothing is certain. Scientists explain that it is a closed lake with a diameter of about 35 km filled by the delta. By comparison, the area of ​​this previous lake is almost twice as large as Lake Geneva. But the water inside the Xerox crater disappeared 3 billion years ago.

The image above submitted by the scientific team at work represents Xero and a map of the lake that existed 3 billion years ago. Perseverance near the red etolite deltaic deposits (Kodiak) indicates the location of the rover. The latter current sedimentary structures are typical of what we see on Earth at river deltas and river levels.

The robot has already collected three rock specimens, and scientists hope they may return to Earth in the future.