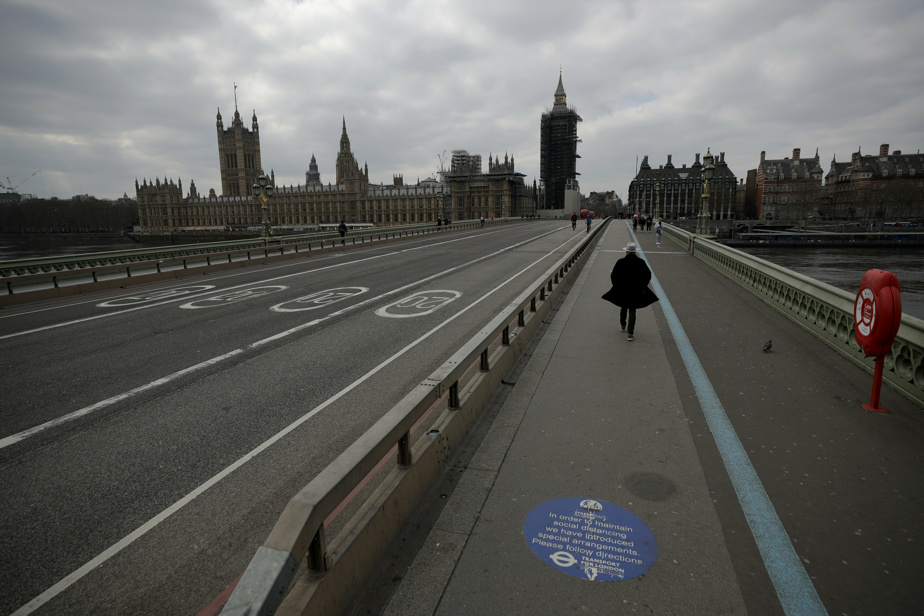 (London) The failure of the UK government to impose a lockdown on the outbreak of the COVID-19 pandemic was one of England’s worst public health mistakes, lawmakers concluded in the country’s first comprehensive report on the pandemic on Tuesday.

The delay caused thousands of unnecessary deaths and government ministers failed to question the recommendations of science advisers, resulting in a dangerous level of “group thinking” that led to the rejection of further aggressive tactics pursued in the East. Southeast Asia, the report says.

The Tory government of Prime Minister Boris Johnson has finally ordered a lockdown at the end of March 2020 until Britain’s National Health Service is drowned out by a rapid rise in infections.

“Decisions on lockdowns and social distance in the first few weeks of the epidemic – and the advice that leads to them – rank among the most significant public health failures the UK has ever seen,” said a joint report by the House of Commons Science and Health Committees. “It can be painful. The UK needs to learn from the reasons why this happened to prevent it from happening again.”

The lawmakers said their investigation was aimed at finding out why the UK was “significantly worse” than many other countries during the early stages of the epidemic. The UK recorded more than 137,000 deaths from coronavirus, the highest number of deaths in Europe after Russia.

But government officials say they have done what they can with the information they have at the time of the crisis.

“This is an unprecedented pandemic,” Minister Stephen Barclay told Sky News. “We learn when we go, however, looking back, then we now know things we didn’t know.”

Families who were outraged that the dead from Kovid-19 were not mentioned in the 150-page document reacted angrily to the Parliament report. They said the joint committee was only interested in “talking to their colleagues and friends.”

“His report on the political debate over whether to bring laptops to meetings rather than their experiences of tragically losing parents, partners or children to Kovid-19 is ridiculous,” Hannah Brady lamented. Organization of the families of those who died due to COVID-19. “This is an attempt to ignore and manipulate the families of the deceased who see (the report) as an insult.”

Legislators released their results amid frustration over the timing of the official public hearing on the government’s response to COVID-19. Mr Johnson said the trial would begin next spring.

The report was collected from 50 witnesses, including former health secretary Matt Hancock and former government strategist Dominic Cummings. It was unanimously approved by 22 legislators from the three largest parties in parliament: the ruling Tories, the opposition Labor Party and the Scottish National Party.

The committees welcomed the government’s earlier focus on vaccination as its ultimate way out of the pandemic and its decision to invest in vaccine development. These decisions have made Britain’s vaccination program a success, with almost 80% of people over 12 years of age and fully immunized.

“Millions of lives have finally been saved thanks to the global immunization effort that has played a leading role in the UK,” the committees said.

But they also criticized the government’s testing and recognizable program, saying its slow, uncertain and often chaotic performance was hampering Britain’s response to the epidemic.

The government strategy in the first three months of the crisis reflects official scientific advice that extensive infection is inevitable as testing efficiency is limited; That there is no immediate possibility for a vaccine; And according to the report, there is confidence that people will not accept a long lockdown. As a result, the government instead tried to control the spread of the virus.

The report described the UK as having a “serious initial mistake” with many countries in Europe and North America.

“The idea is that the way you approach an epidemic is comparable to an influenza pandemic,” said Jeremy Hunt, a former UK health minister who heads a parliamentary health committee. “I was also part of this group reflection when I was health secretary.”

Before the advent of the coronavirus, Mr Hunt said, “An American university is the second best-prepared country in the world for an epidemic.”

“We know it’s not clear,” he concluded.

Trish Greenhall, a professor of primary health care services at Oxford University, said the relationship between government and scientific institutions “represents less than a healthy relationship.” While COVID-19 still kills hundreds of people every week in Britain, advisory committees continue to discuss evidence that is “absolutely significant”.

“Uncertainty is a defining feature of crises,” Mr said.To me Greenhall. “Do we dare say that following science is the best ‘place’ to discuss what to do when a problem is urgent, but certainty avoids us? This report suggests that unless we want to repeat recent mistakes, we must do so.”

Even senior executives like MM. Cummings and Hancock told the committees they were reluctant to oppose the scientific consensus.

By January 28, 2020, Mr Hancock said he was working hard to test for extensive testing on people who do not show Kovid-19 symptoms, and science advisers say it will not help.

“For decades I was in a situation where I had no solid evidence that the global scientific consensus was wrong, but it seemed to me to be true,” he said. “I am deeply sorry for not going beyond this scientific advice.”