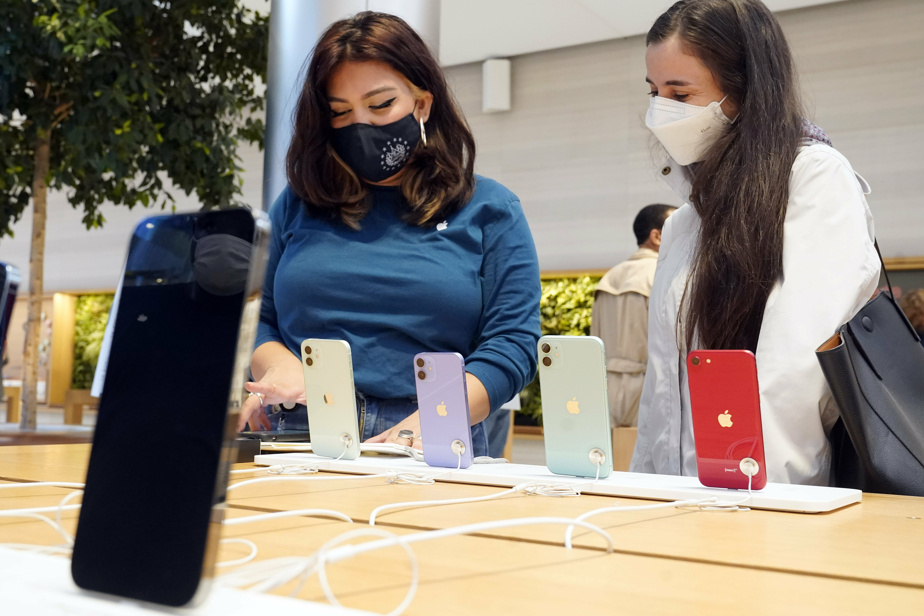 (San Francisco) Apple will not reach production targets for its new iPhone before the holidays due to a global chip shortage, according to a Bloomberg article on Tuesday.


The electronics giant plans to make 90 million iPhones by the end of the year, but will have to make do with 80 million as its suppliers Broadcom and Texas Instruments are unable to meet demand, sources said.

The Apple brand has introduced a new range of smartphones in mid-September, ranging from the “iPhone 13 Mini” version to $ 700, and the iPhone 13 Pro Max to $ 1100 with four models.

“If demand continues at this rate, Apple will have at least 5 million iPhone 13s for the holiday,” he said.

At the end of July, during the publication of the quarterly results, Group Boss Tim Cook explained that “supply barriers are expected to be more significant” in the current quarter than in the previous three months.

He reminded that these restrictions are common to companies in this sector and not specific to Apple and that the problem has arisen to some extent as the demand is significantly higher than the company expected.