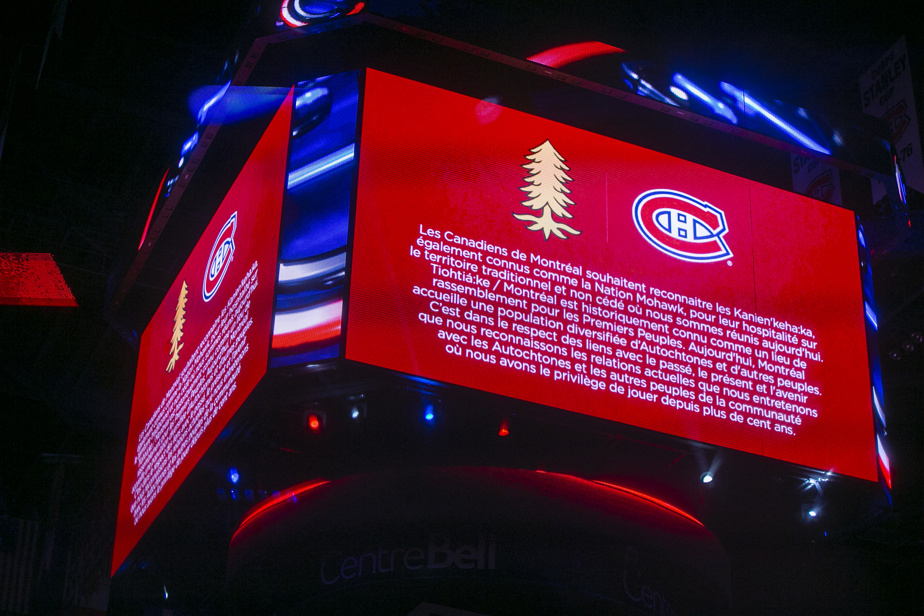 They responded to the departure of Minister Ian Lafrenier on Thursday, saying the Canadian hockey club was “wrong” by now confirming that Montreal was unaccounted for territory.

The Mohawk County Council, which targeted the Legalt government, argued that “a dogmatic remark that challenges and discredits our existence is not only insulting, it is an attack aimed at our very existence.”

In a statement in English, the aboriginal government saluted the Canadian gesture, but said it hated Quebec’s attempt to politicize the “gesture of true union” from a sports organization.

The Quebec government has condemned the Mohawk Council for trying to “damage” Mohawk’s “presence” in the “traditional territory” of the Montreal area.

“Territory is an important part of who we are,” he argues.

The tribal community is demanding an end to these “school yard” confrontation tactics.

Keep in mind that the Canadian has now announced before the start of matches that his company will recognize Mohawk Nation for hosting in its traditional and unseen territory.

“It is important to recognize that the first nations are before us and that we are living together, but here, we’re going to go into the discussion of historians who are not coming together, so it could be a mistake,” the minister said of local affairs, Ian Lafrenier, Wednesday.

Especially in Montreal, we disagree on who was there first, he continued, “and that’s where it gets complicated”.

Chief Paul Saint-Pierre Plumondon told historians to leave this discussion, but the truth also has its rights: “If it is historically wrong to say that this is a territory, sorry, but the truth is important. Hardness, facts count.”

READ  Saw affair: Cover by Valerie Plante according to Coderrey