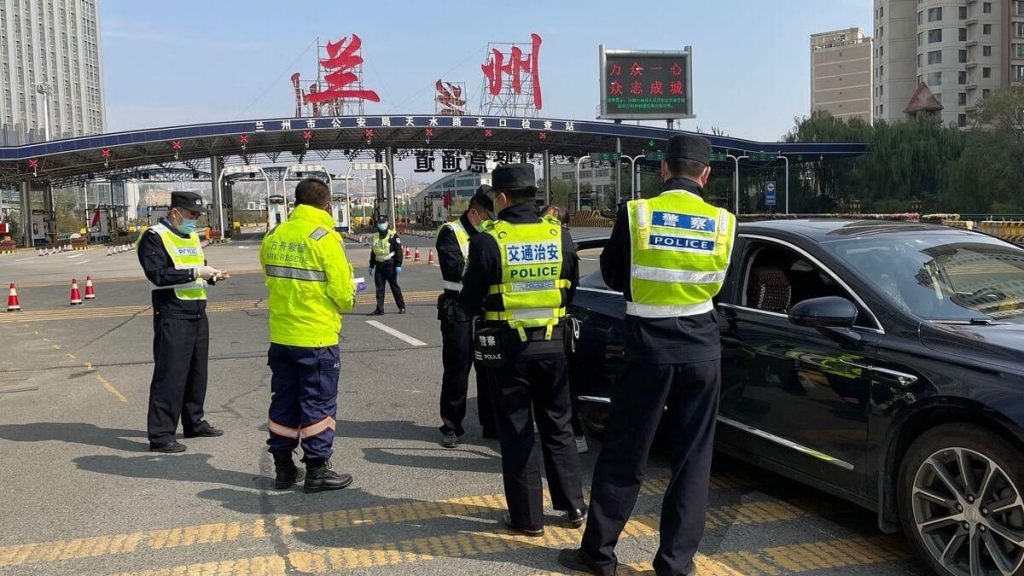 Chinese authorities on Tuesday imposed a curfew in Lanzhou (northwest), home to more than four million inhabitants, as 100 days after the Beijing Winter Olympics saw a resurgence of Kovid-19 cases.

The country where the coronavirus appeared almost two years ago reported 29 new patients of local origin on Tuesday. The majority is associated with the movements of a group of polluted tourists.

While these figures may seem small compared to what is recorded on a daily basis in other parts of the world, they are urging authorities to double their vigilance as China prepares to host the Winter Olympics from February 4, 2022.

The recent outbreak in Inner Mongolia in the north of the country has led to more than 100 cases since last week.

Since then many provinces have registered sick people, especially guns (northwest).

In its capital, Lanzhou, the municipality announced on Tuesday that all residential areas will be subject to “closed management” and strict movement control.

Any departure from home is now only possible for “necessary purchases”, emergency or “emergency medical treatment” associated with the infection, officials said in a statement.

The Chinese capital is also in turmoil in the wake of the approaching Olympics.

In recent days, authorities have urged residents to stay away from “unnecessary” trips outside the town, as well as large gatherings.

Anyone coming to Beijing from an area where COVID-19 cases have been identified must be tested for a negative.

And the Beijing Marathon was postponed indefinitely. Nearly 30,000 runners are expected to take part next Sunday.

Police in the capital announced Monday that they were launching three investigations into allegations that the situation was a sign of aggravation in the eyes of authorities and not following health rules.

Among the suspects: Residents detained for allegedly infecting people with an illness that hid their health condition, without reporting it to authorities, or for giving their wall or pharmacists medications for fever and cough.

China has been able to resume almost normal social and economic activities since 2020, especially thanks to strict monitoring of travel through mobile applications.

Only two deaths were reported over the year.

The country maintains a health policy aimed at “Zero Infection” with strict restriction of entry into its territory, detention, detention and testing as soon as certain cases appear.