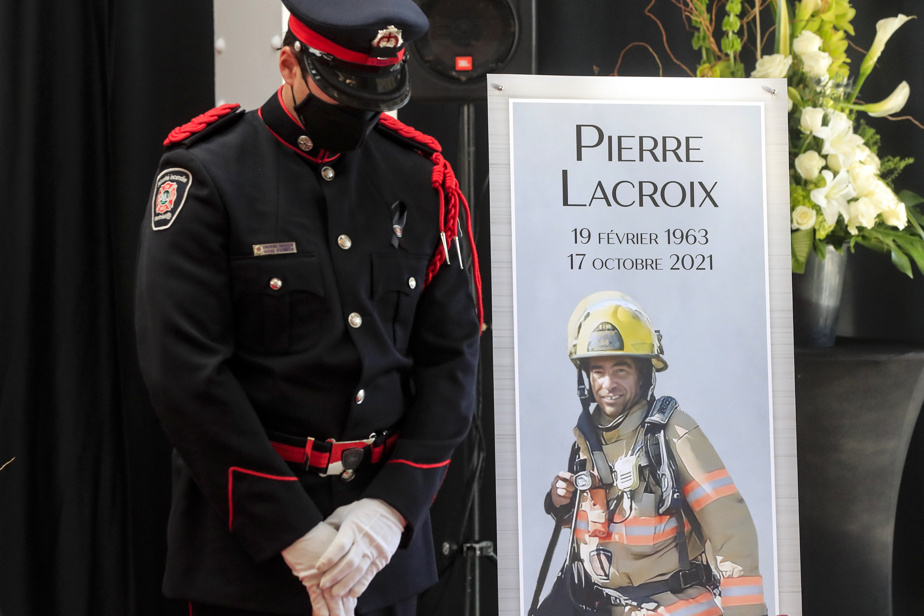 (Montreal) An official event is being held in Old Montreal to pay last respects to firefighter Pierre Lacroix, who died on duty on October 17 in Lachin Rapids while heroically rescuing drifting boats.

The procession of 1,200 firefighters from Rue de la Commune and Boulevard Saint-Laurent in Old Montreal first left for the Notre Dame Basilica, where the funeral will begin in the afternoon. At the age of 58, they carried along the remains of an experienced firefighter who was very close to his retirement.

A total of 1,200 firefighters are on site, with 3,000 others from the Palais des Congress thinking along with them.

Before keeping the harmony of the firefighters and entering the Notre-Dame Basilica of relatives and celebrities, the Place de Arms was plunged into majestic silence.

Three fire trucks covered with flowers and messages of condolence from barracks in Quebec marched on Notre-Dame Street. Firefighters Lacroix yellow helmet and his hat were transported inside the basilica by his colleagues and given to the family.

Among the dignitaries present were Deputy Prime Minister Genevieve Gilbolt, Mayor Valerie Plante and the Minister in charge of the metropolis.

Pierre Lacroix was the first firefighter to die in service in Quebec since 2012. He specializes in water conservation.