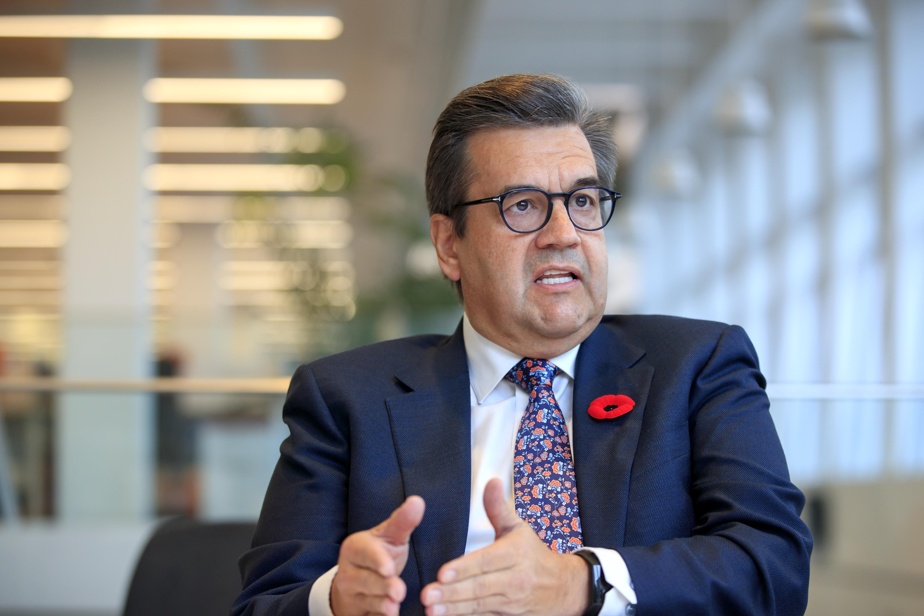 The company confirmed in a statement that it had advised TransContinental on Montreal issues until Denise Coderre returned to politics. Tap, Wednesday. So the printer is the company name that has been kept secret so far.

According to our information, its order is linked to public-sac, a plastic bag filled with circulars published by the company and the city of Montreal wants to limit its distribution because it is very difficult to recycle.

“At Denis Coderre’s request and in the public interest, TC Transcontinental is lifting its Privacy Agreement and further confirming that Denis Coderrey’s Company Communications Co. ‘ . ”

According to a source close to the matter, Denise Coderre advised Transcontinental, particularly in the framework of public consultation on the regulation of circulars. This source is requested to be anonymous due to privacy agreement.

According to the lobbyists’ registry, since 2019, it has been trying to influence the city of Montreal to prevent the adoption of new municipal regulations aimed at establishing an “opt-in” system for the transcontinental public-sac.

Due to such a principle, all those who wish to obtain publication must register for this purpose. Otherwise, citizens will not accept it.

Currently, Transcontinental Public-Sack distributes the sticker provided by the company to all non-affixed residents for those who do not wish to see it at their home.

The Plante Administration has not yet made a final decision on the matter, publicly acknowledging the importance of these bags to the local newspapers distributed there.

Other directives in the lobbyists’ registry on behalf of the TransContinental are specifically aimed at “improving the current recycling of residual plastic bales from sorting centers” and “guiding public policy”.

Many lobbyists from the National and Ryan Public Affairs, as well as executives from the Transcontinental, have registered for these directives.

For four days, Mr. Coderre rained questions about the identity of clients who paid him hundreds of thousands of dollars during his time as a consultant in the private sector between 2017 and 2021.

He argued on Monday that the contracts were highly confidential. On Tuesday, he will reveal his entire client list to the City of Montreal’s Ethics Counselor, once elected, he explained to avoid conflicts of interest.

Tap It was revealed Wednesday morning that the real estate giant COGIR paid for the mayoral candidate between 2019 and March 2021. The Big Boss of the company indicated that he had handed over the mandate of “international development” to the former mayor and that the contract was not covered by the Privacy Policy, an argument that Mr. Coderre refused to disclose his cards.

On Wednesday afternoon, Mr Coderre’s campaign released a list of its clients, including COGIR and Park Omega, owned by COGIR owners Autouis Zoo.

One of his clients – the “Quebec Company”, according to the document – is unknown, though. On Wednesday evening, TransContinental confirmed the mystery shopper.

“Prajet Montreal seeks to tarnish my integrity to divert attention from the real issues that voters are going to vote for: the public economic situation, the growing insecurity on our streets, the congestion that affects thousands of people every day and many others,” Mr Coderrey said in a press release in the middle of the day. “We must not divert our attention from the real issues of this election.”

Outgoing mayor Valerie Plante devoted most of her press conference to Denise Coderre on Wednesday, ruling that she was “apparently in a panic mode” four days before the election. “In 2017, he blamed the media for asking him questions about Formula E. There, now, I’m not good. This is a campaign. And Mr. Coderre knows full well that he is losing speed, ”she joked.

M.Me Plante also pointed out that his involvement with rival giant COGIR would discredit him for talking about denunciation housing. “Is he for promoters or for Montreallers?” She made the mistake of accusing the ensemble Montreal leader of “stepping back” in terms of housing, with the “15-15” regulation replacing “20-20-20”.