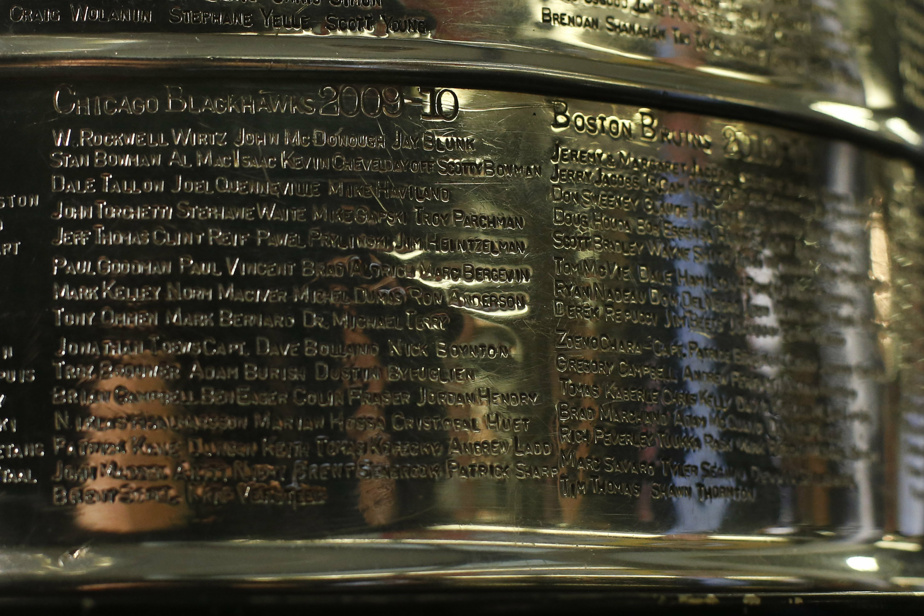 Brad Aldrich’s name no longer appears in the Stanley Cup.

The Hockey Hall of Fame confirmed in an email to the Canadian press on Wednesday that the name of the infamous former Chicago Blackhawks video coach is now covered with an X on the trophy.

Aldrich was accused of sexually harassing player Kyle Beach during the 2010 playoffs.

Blackhawks owner Rocky Wirtz wrote a letter last week to Hall of Fame president Lanny McDonald, saying Aldrich’s behavior was ineligible for the cup and that the team had made a mistake in submitting his name.

The Hall of Fame does not remove the name from the Stanley Cup, but carves an array of Xs to cover it.

Mr. On Friday, McDonald met with NHL Commissioner Gary Betman and his deputy Bill Dolly. Wirtz spoke about the letter, according to a statement made by the temple last week.

“The parties agree that this request is appropriate and will continue discussions, including with the Stanley Cup organizers, on the best way to fulfill this request,” the statement read.

Wednesday’s decision follows a damning report released last week, which explains how Blackhawks leaders misrepresented the allegations against Aldrich a decade ago.

Appointed by an independent review team by a law firm in response to two lawsuits filed against the team over Aldrich – one by Beach in 2010 for alleged sexual harassment, and the other by a Michigan high school student who was convicted of assaulting Aldrich. .

READ  Major Baseball: The first in the modern age

Blackhawks general manager Stan Bowman, Hockey operations president Al Makisak and Florida Panthers coach Joel Quenneville, all behind the Chicago bench at the time of the allegations, all resigned last week after the report was released.

Kevin Cheveldeoff, general manager of Winnipeg Jets, Bowman’s assistant at the time, was fired for his mistakes after last week’s meeting.